The Bride Stripped Bare by Anonymous is my second book in the A-Z Reading Challenge.

The Bride Stripped Bare was originally published anonymously on the basis that the subject matter was too provocative, however Nikki Gemmell had been publicly identified as its author before publication and the book went on to become the best-selling book by an Australian author in 2003.

The book, which was an international bestseller, was advertised as an explosive novel of sex, secrecy and escape.

The story is of a woman who disappears, her car abandoned on a remote bluff.  She was always thought to be the good wife: devoted, faithful, content.  But she has left behind an incendiary diary chronicling a disturbing journey of sexual awakening.

As the diary opens on her honeymoon in Morocco, she believes herself to be happy.  But circumstances intervene: her marriage has secrets she is only beginning to discover, and soon she finds herself propelled into a spiral of obsession and release. Her guide to this hidden world is found in a rare manuscript written by an anonymous Elizabethan woman, a cry from the heart that dared to speak of what women truly desire in life and love.  Soon she tastes for the first time the intoxicating power of knowing what she wants and how to get it.  The question is: how long can she sustain a perilous double life?  Coolly impassioned, The Bride Stripped Bare tells shocking truths about love and sex.

Much was written about this book when it was first published, as it was so controversial.  I didn’t read the book at the time but my daughter gave me a copy recently and I took the opportunity to read it as part of the A-Z challenge.  Throughout the book I kept thinking there were comments that related to my life as a woman, although I don’t share the sexual desires that the protagonist has.

I found the relationship between the protagonist and her female friend interesting and felt that it was not what I would call a healthy friendship. This is a fascinating, thought provoking and raw book that takes a look at one woman yet I think probably represents many women in the modern world. 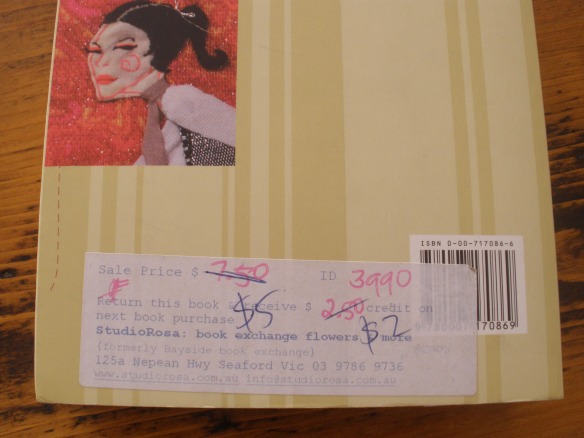 1 thought on “The Bride Stripped Bare”