We were going to be in Brittany for five weeks followed by a few days in Normandy. Our home in Brittany was a cottage at a place called Kervero. The nearest village to the cottage was Mellionnec. 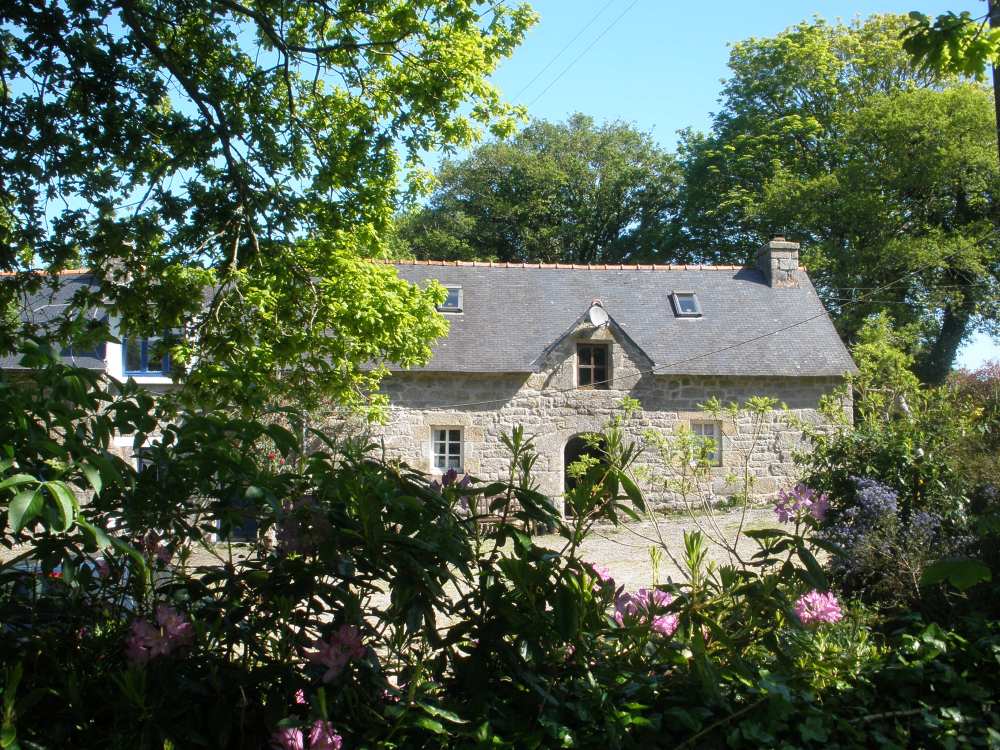 Our cottage was the end cottage in a row of three. The cottage had a large living/dining room with a huge, granite fireplace and slow combustion stove on the ground floor as well as a separate kitchen and bathroom /toilet. Upstairs there were three attic bedrooms capable of sleeping seven. The external walls were 800 mm thick. The whole house was constructed in granite with a slate roof and massive oak beams (300mm or more on a side) Originally these cottages would have been thatched and probably dated from 16th Century. 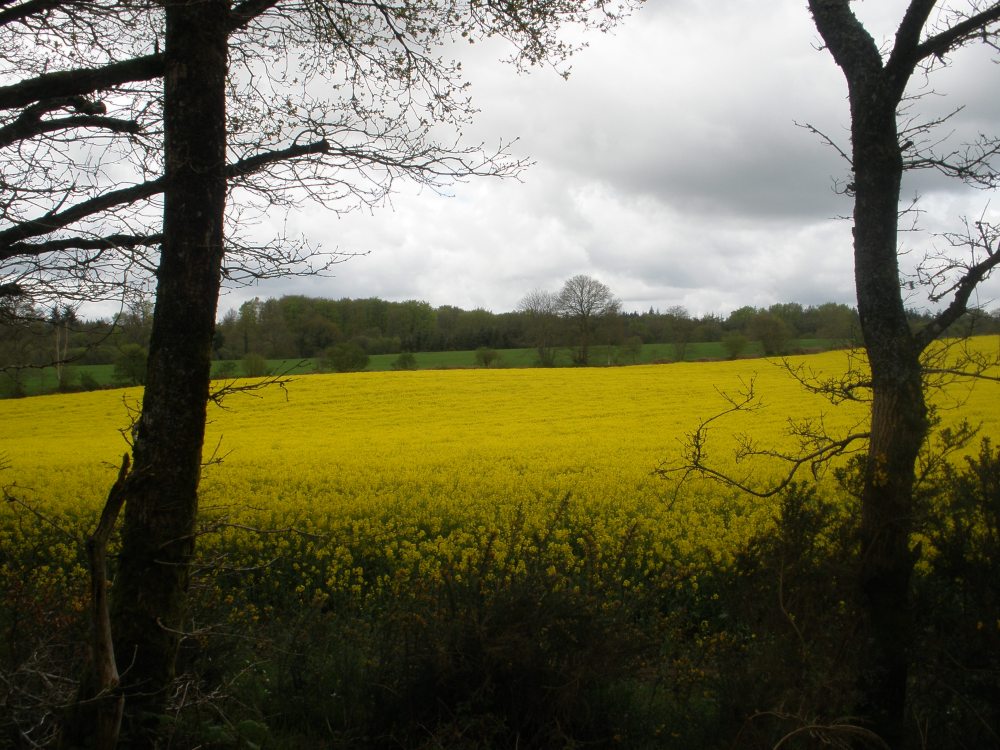 The cottages are set in the middle of farming land with beautiful fields of canola and meadows with grazing cows. 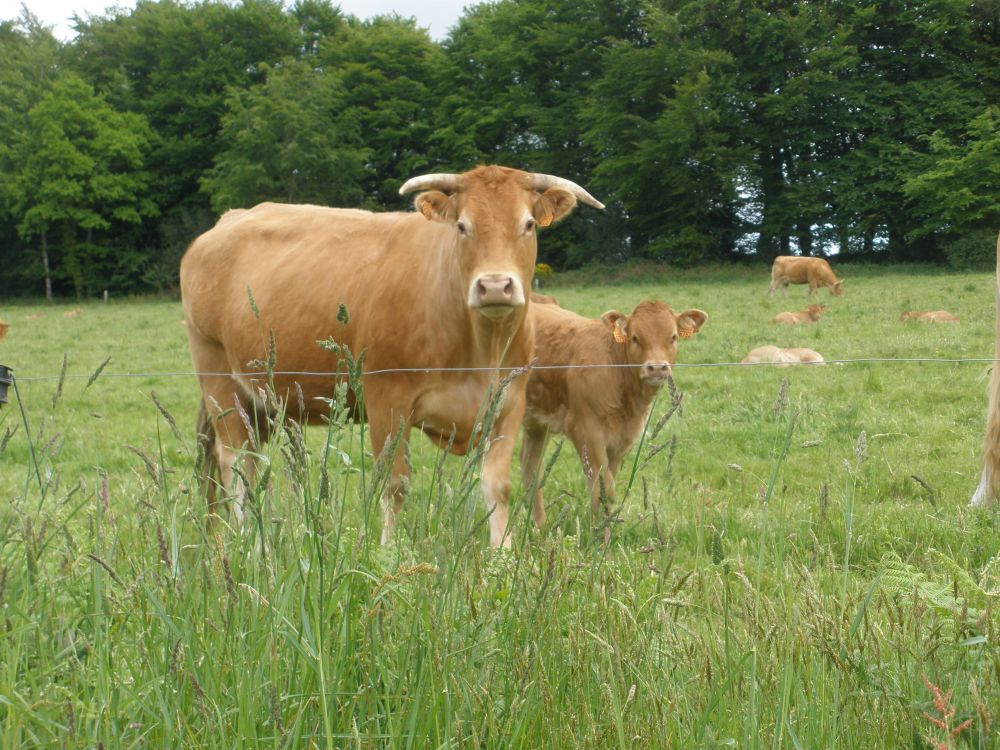 The farmer spent some time ploughing the fields while we were there and planted corn. We were able to watch the process as he often ploughed late into the night as the sun didn’t go down until late. The corn had reached about 2o centimetres in height by the time we left Kervero.

The countryside around the cottage was beautiful and we went for many randonnees while we were there. We only did local randonnees although some of them were on part of the Grand randonnee routes. 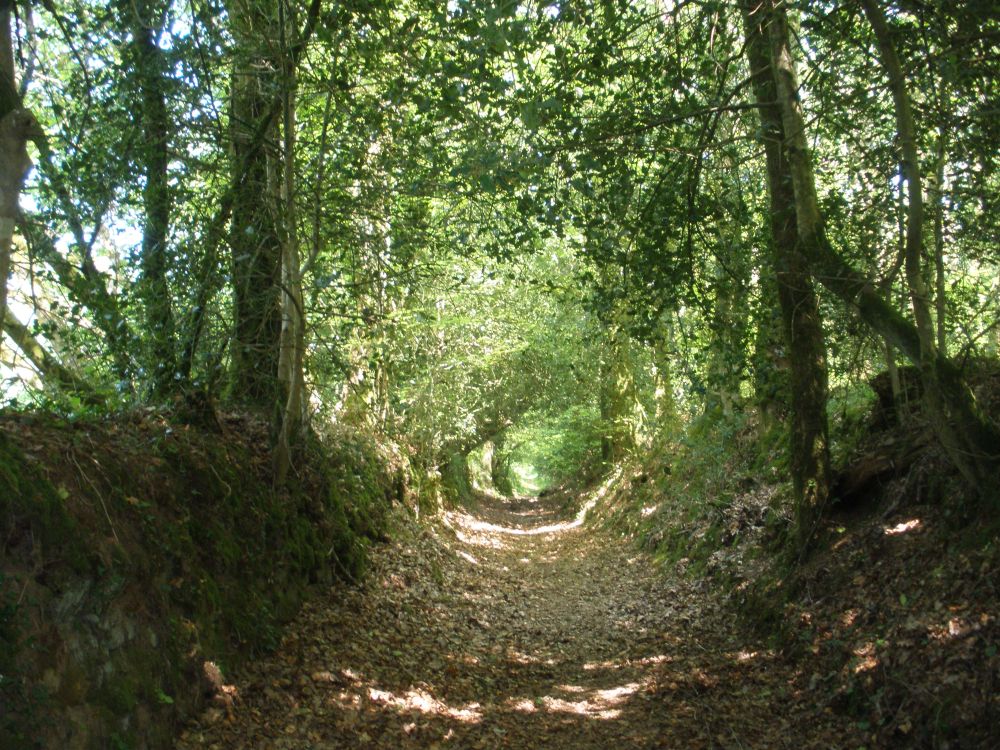