When we were recently in France we were staying in Brittany so almost all of our travels were within Brittany.  Close to where we were staying was the Lac du Guerlédan and at the western end is the Abbaye de Bon-Repos.  It is a beautiful setting for an abbey but unfortunately it was allowed to fall into disrepair until the 1960s when a group decided that what was left of the abbey should be saved. The ruins of the abbey are now a popular tourist attraction with art installations contained within the remaining building. 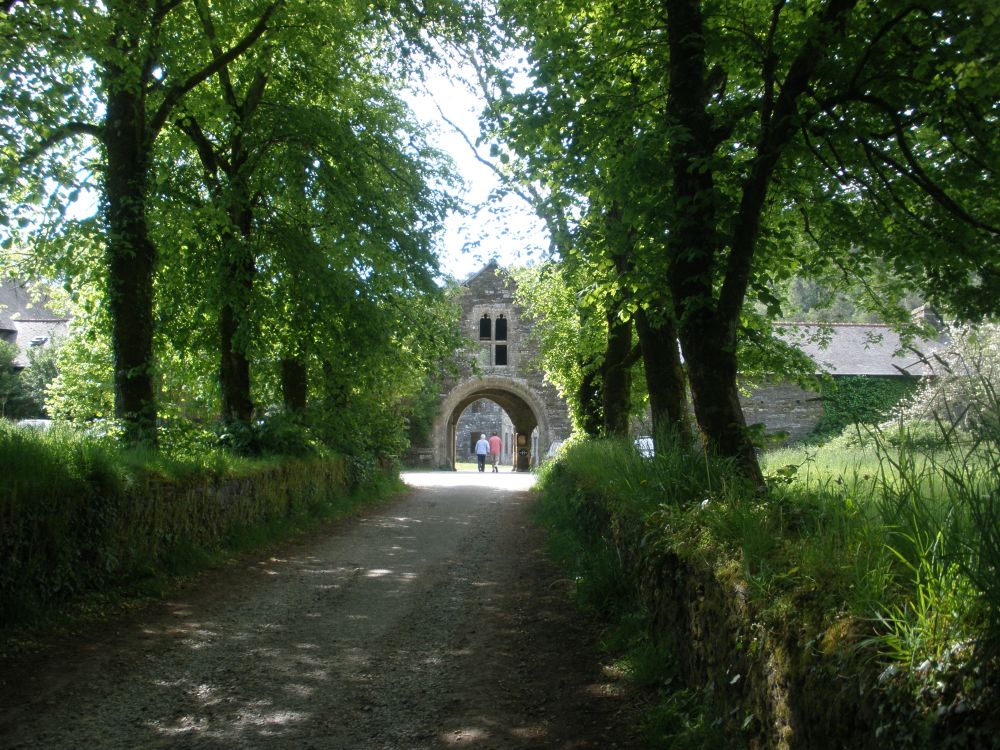 Abbaye de Bon-Repos This is the lovely entry to the abbey grounds, it feels like you are walking back in time as you approach the entrance. 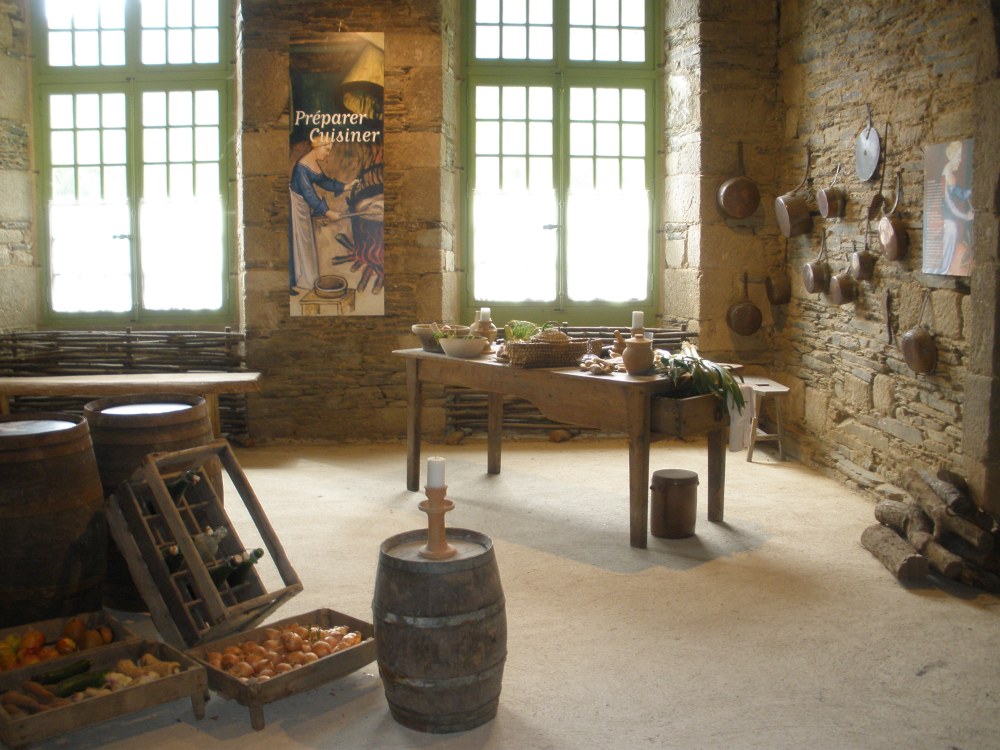 In the parts of the abbey that have been restored they have set it up to resemble the time when the abbey was in use.

The day that we were there the market was in full swing in the surrounding field.  In a previous post I commented on the delicious brioche that we purchased there.

This particular weekend there also happened to be various athletic events and fitness activities taking place. In this photograph the water in front is part of the Nantes Brest Canal and there were canoeing activities happening there, just not in this picture.

The picture is dark but there were high rope activities for the kids.

There were also rock climbing towers.

Mur de Bretagne is quite close to the Abbaye de Bon-Repose and we decided to have lunch there.   Because we were in Brittany the natural choice was galettes. 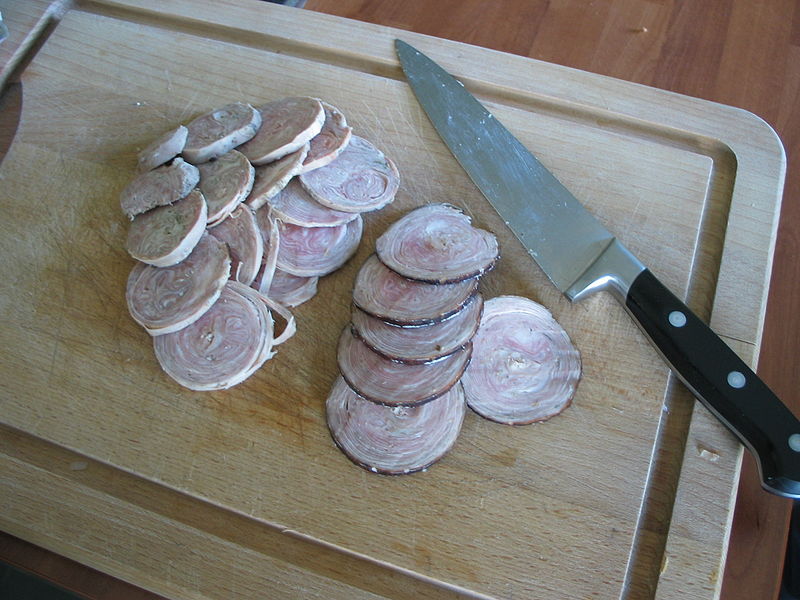 The galette dish I had, included Andouille sausage which I enjoyed.  Andouille is a spiced, heavily smoked pork sausage composed primarily of the intestines and stomach of the pig.If I had known what was in it I perhaps would not have enjoyed it as much!

Mur de Bretagne had been a finishing town on a stage of the Tour de France in the previous year and was obviously looking forward to the 2012 event when we were there. 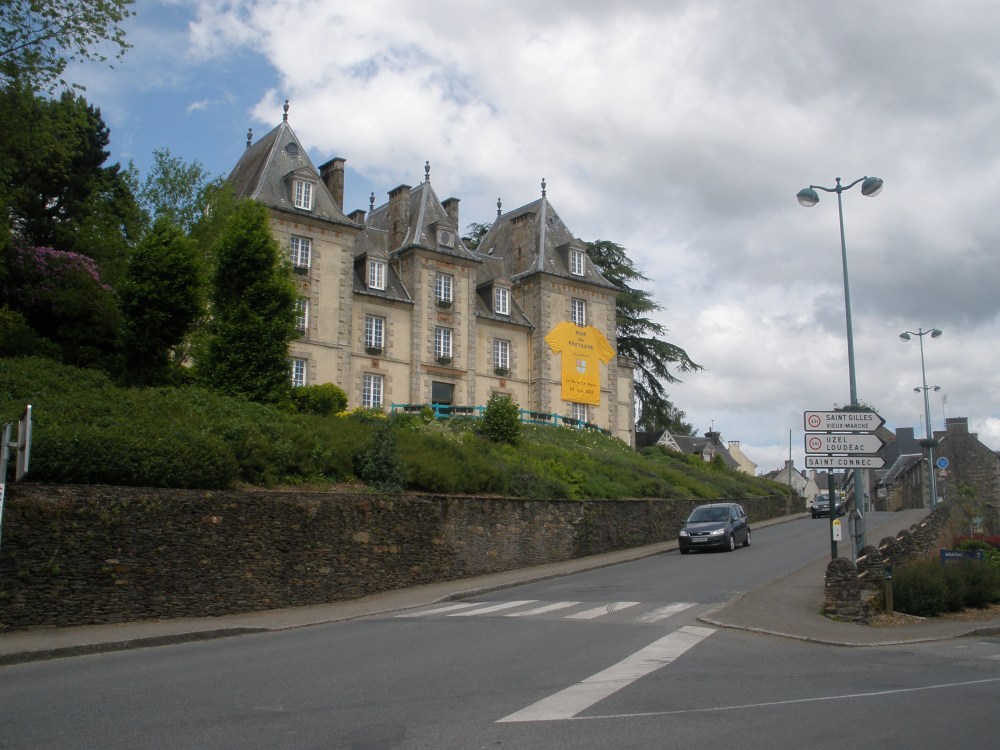