An observation I have made recently is that many of the books I choose to read have some link to either Australia or Scotland with the exception of Scanda noir books.  This next book in my A-Z Book Challenge has a link to Scotland.  The book is The Observations by Jane Harris. It was shortlisted for the Orange Prize for Fiction in 2007

Scotland, 1863. In an attempt to escape her not-so-innocent past in Glasgow, Bessy Buckley-a wide-eyed and feisty young Irish girl-takes a job as a maid in a big house outside Edinburgh working for the beautiful Arabella – the “missus.” Bessy lacks the necessary scullery skills for her new position, but as she finds out, it is her ability to read and write that makes her such a desirable property. Bessy is intrigued by her new employer but puzzled by her increasingly strange requests and her insistence that Bessy keep a journal of her mundane chores and most intimate thoughts. And it seems that the missus has a few secrets of her own, including her near-obsessive affection for Nora, a former maid who died in mysterious circumstances.

Giving in to her curiosity, Bessy makes an infuriating discovery and, out of jealousy, concocts a childish prank that backfires and threatens to jeopardize all that she has come to hold dear. Yet even when caught up in a tangle of madness, ghosts, sex, and lies, she remains devoted to Arabella. But who is really responsible for what happened to her predecessor Nora? As her past threatens to catch up with her and raise the stakes even further, Bessy begins to realize that she has not quite landed on her feet.

The Observations is a brilliantly original, endlessly intriguing story of one woman’s journey from a difficult past into an even more disturbing present, narrated by one of the most vividly imagined heroines in recent fiction. This powerful story of secrets and suspicions, hidden histories and mysterious disappearances is at once compelling and heart-warming, showing the redemptive power of loyalty and friendship. A hugely assured and darkly funny debut, The Observations is certain to establish Jane Harris as a significant new literary talent.

From the cover of The Observations

I enjoyed this book although it is rather sad in parts.  Set in the Victorian times it reminded me of Fingersmith by Sarah Waters 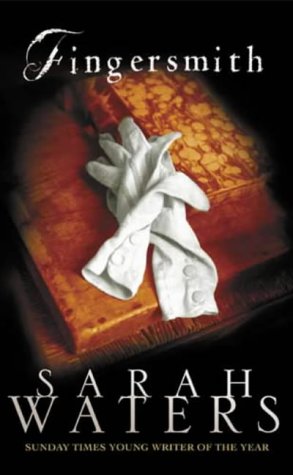 particularly the link with the treatment of the insane.  The characters in this novel are full of life having been brought to life by Bessy’s down to earth, often quite humorous, description of events.  The friendship that develops between Bessy and Arabella is sustained throughout the novel and Bessy’s sense of humour prevents the novel from being depressing.  A worthwhile read particularly if you enjoy historical fiction.