When we visited Canberra last weekend we were able to get some cumquats from our daughter.  When we moved house she was the recipient of some of our citrus trees that we had kept in tubs.  The reason they were in tubs is that Canberra gets severe frosts in winter so the trees had to be moved under the eaves to protect them.  We always had a good crop of cumquats when we had the tree and it looks as though the same can be said for our daughter.

We relieved her of the crop of cumquats and when I got home I made some cumquat marmalade. 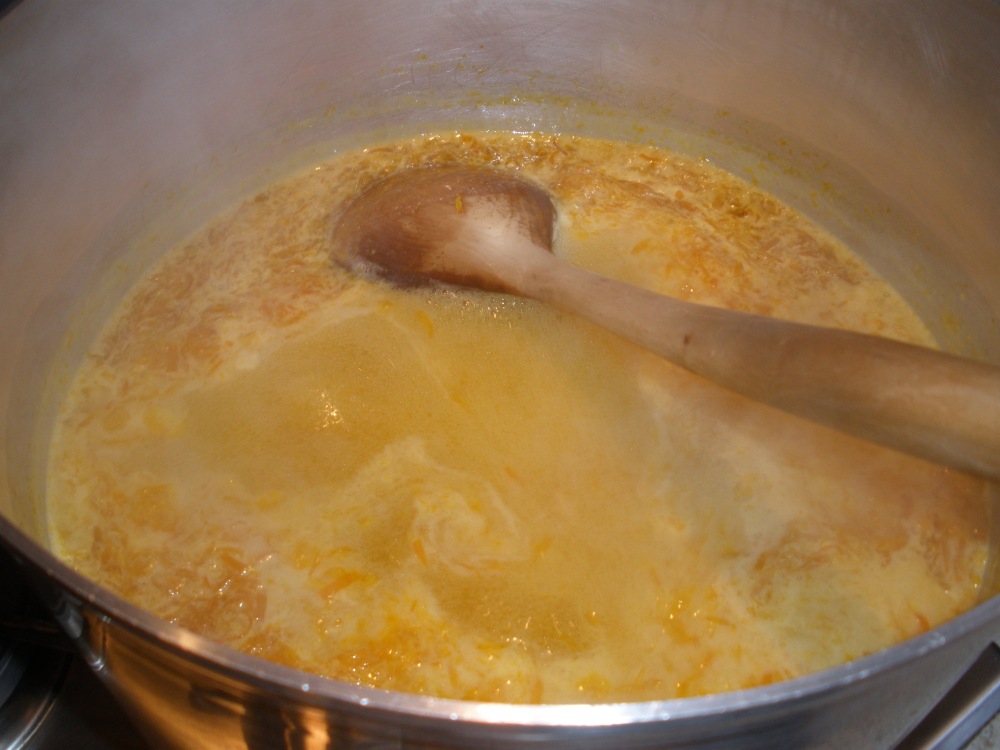 I cut the cumquat skin really fine and it makes a beautiful looking marmalade with a delicious flavour.

One year I made pickled cumquats but I don’t think I would bother to make them again.  Last night we watched Maggie Beer’s Christmas feast on the television and now I would like to try Candied Cumquats.  In the meantime it will be Cumquat Jam.

I can’t remember where I got the original recipe as it is now on a card in my recipe box.