Today we have moved out of Brittany and are visiting Normandy. The reason for the Normandy visit is Mont St Michel. 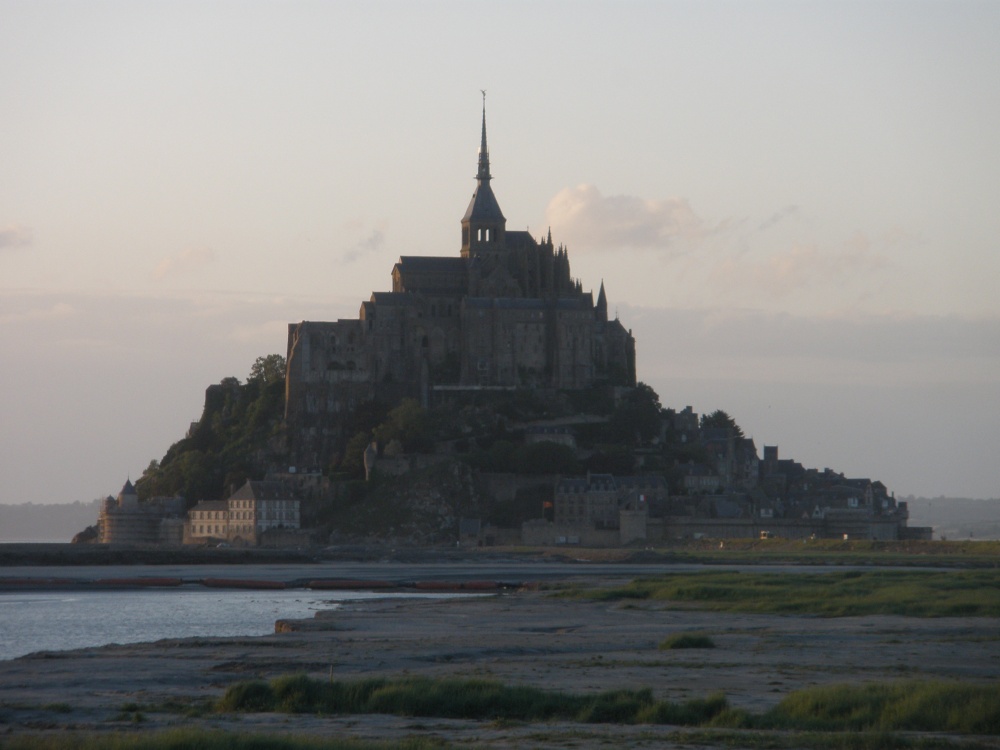 We had organised accommodation at a gîte called La Bastide Du Moulin on the main road, seven kilometres from Mont St-Michel. 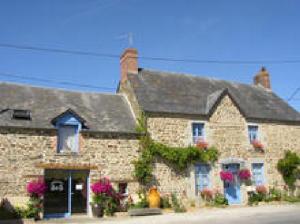 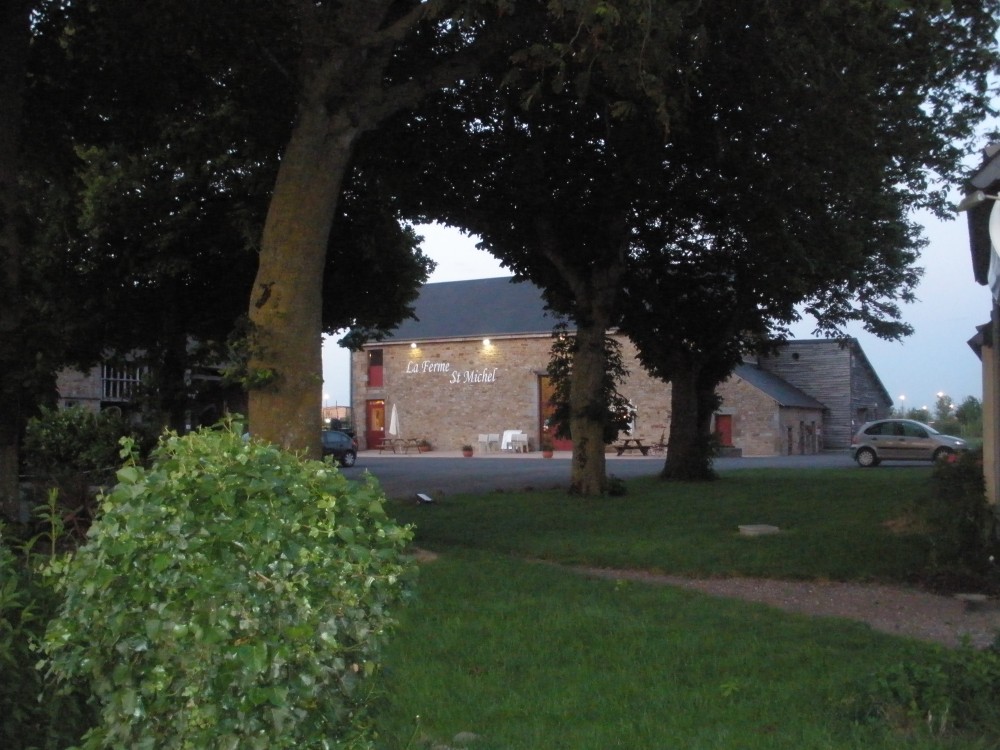 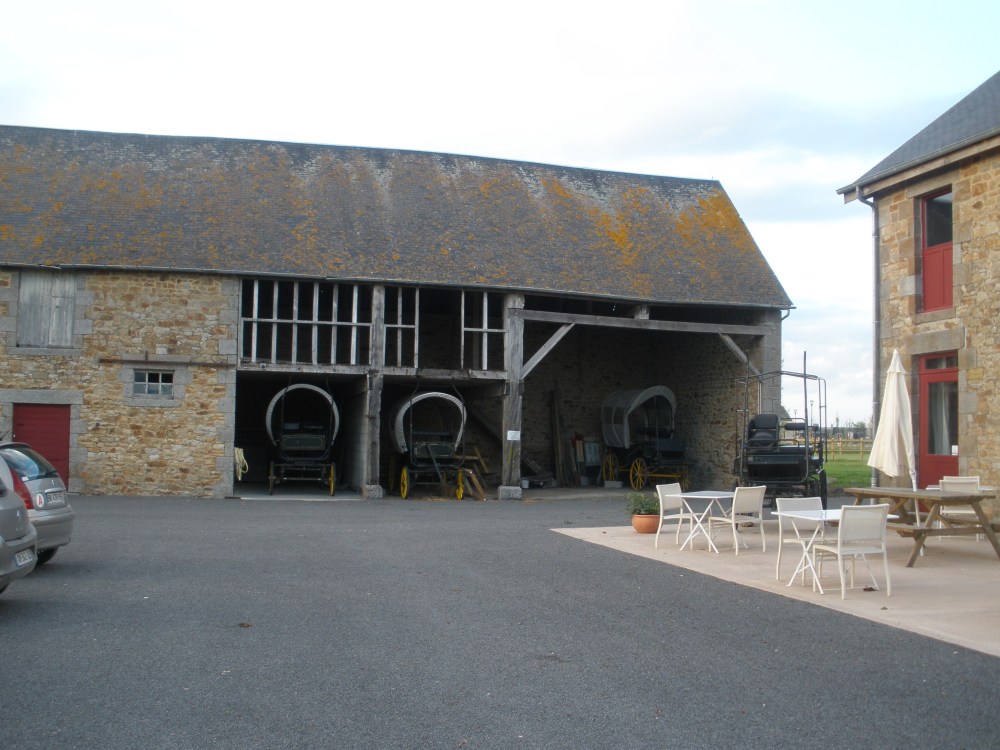 The restaurant was in old farm buildings and their speciality was L’agneau pré salé. The lamb is grazed on the salt marshes and has an international reputation. 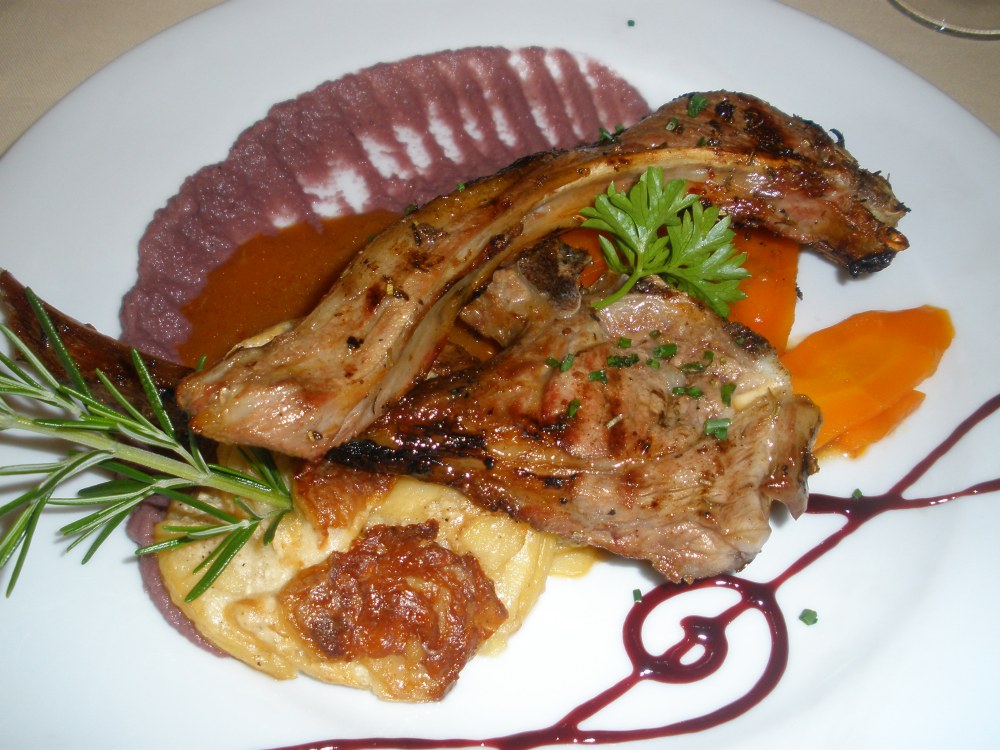 Our meal was excellent and after the meal we decided we should walk off some of the calories. It was about nine in the evening and still plenty of daylight so we set off to see Mont St Michel. It was a lovely time of day to get some photos and also to get a look without the crowds. 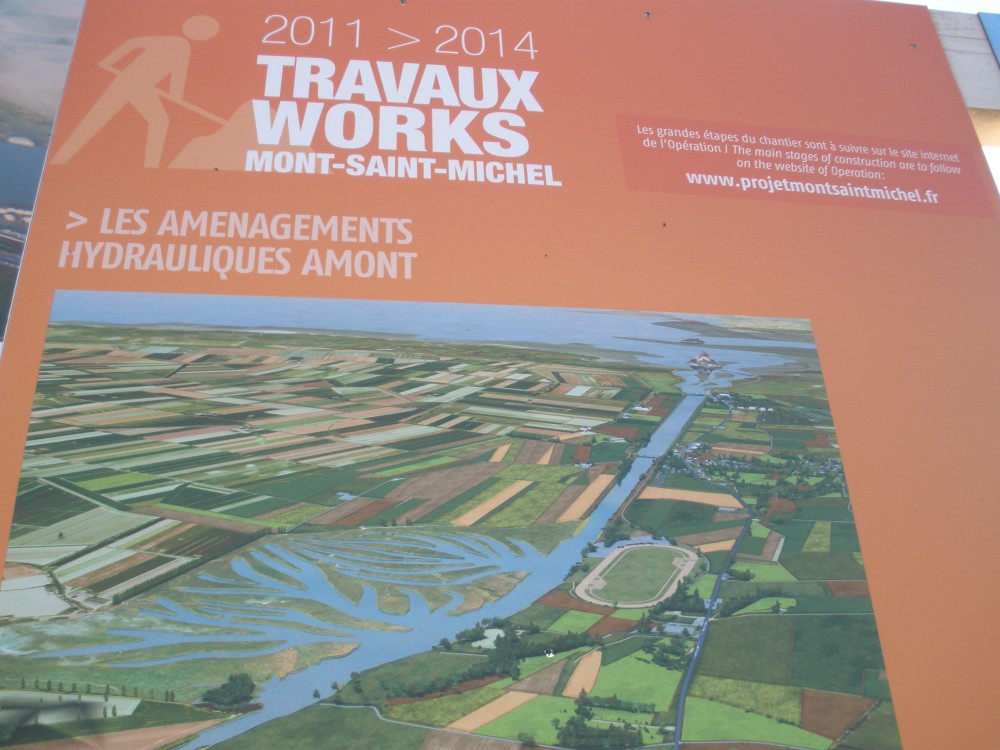 There was information on the work they are doing to alleviate the silting of the tidal flats. The following photo was taken the next day from the abbaye. 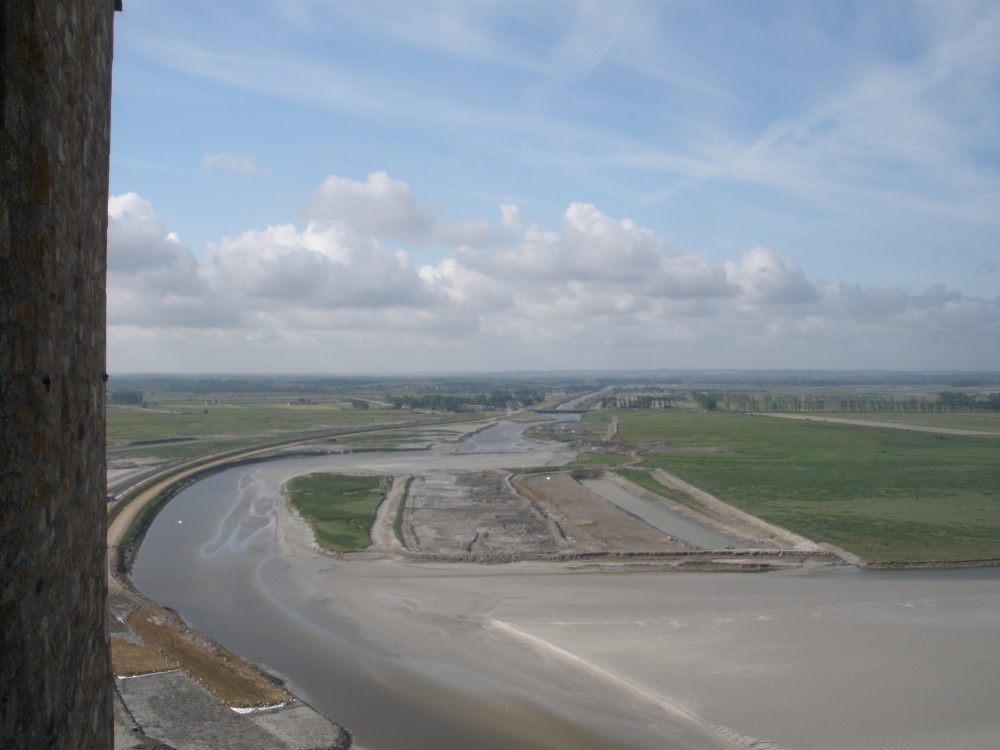 We walked along the causeway and after a few photos caught the bus back to the car park at the restaurant then headed back to the gîte.

The second piece of advice given by our hostess was to get to Mont St Michel early and to go directly to the top of the Abbaye and then work our way down, that way we would avoid the tour bus crowds- they work from the bottom up and don’t arrive until a bit later. We would also avoid the many tourist shops and dodgy museums. 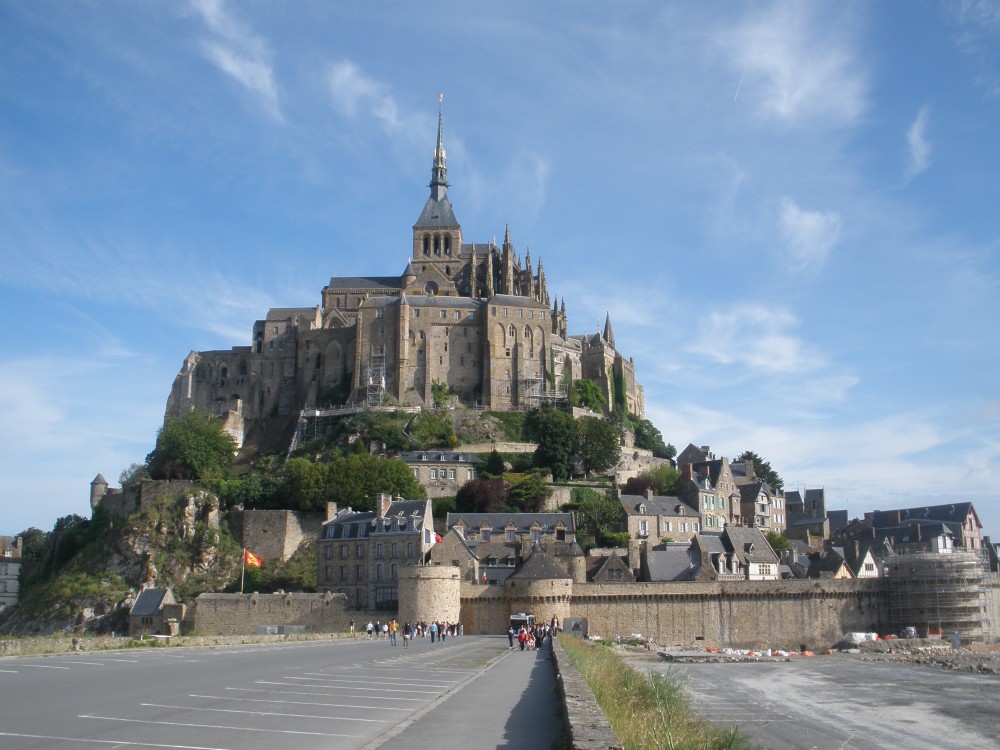 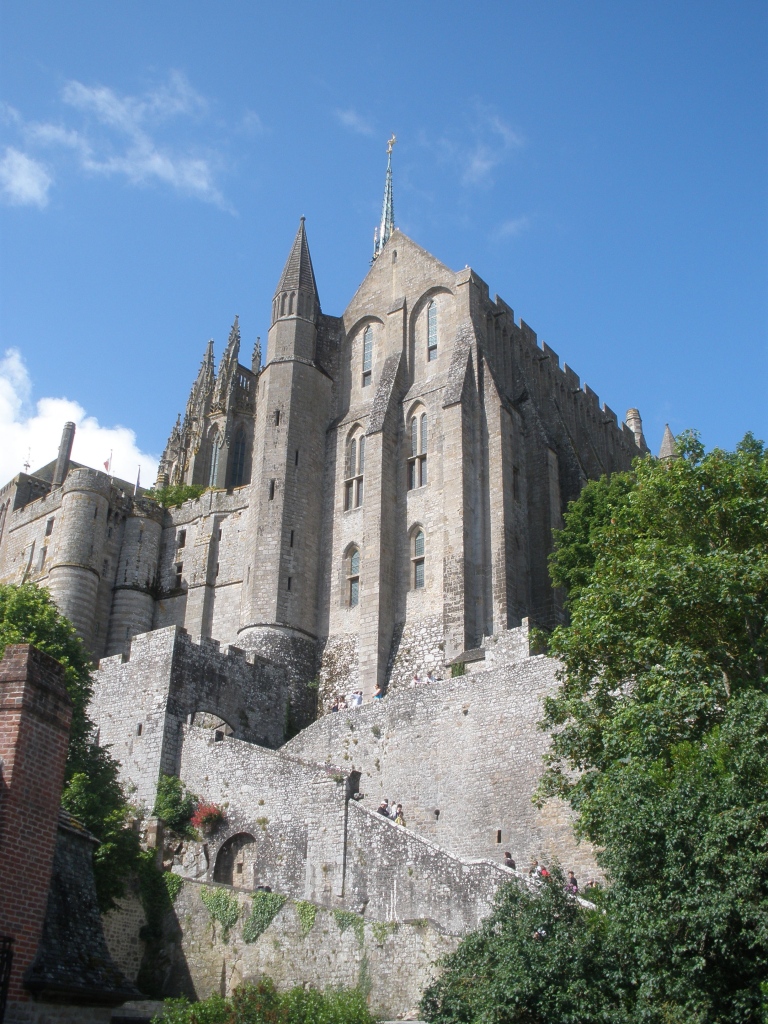 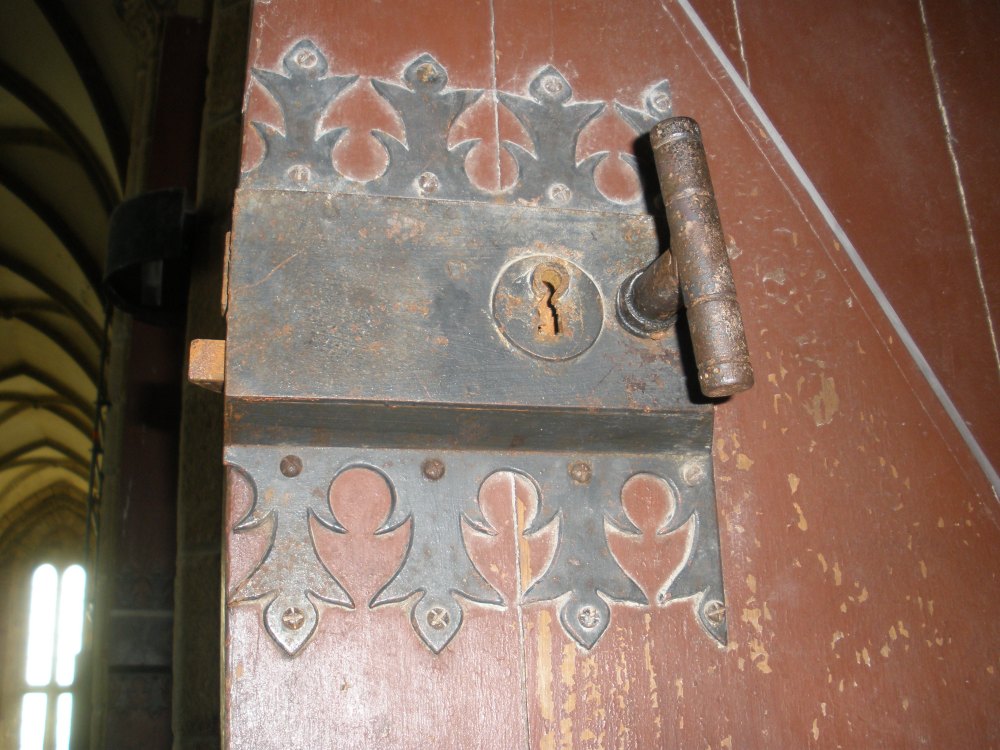 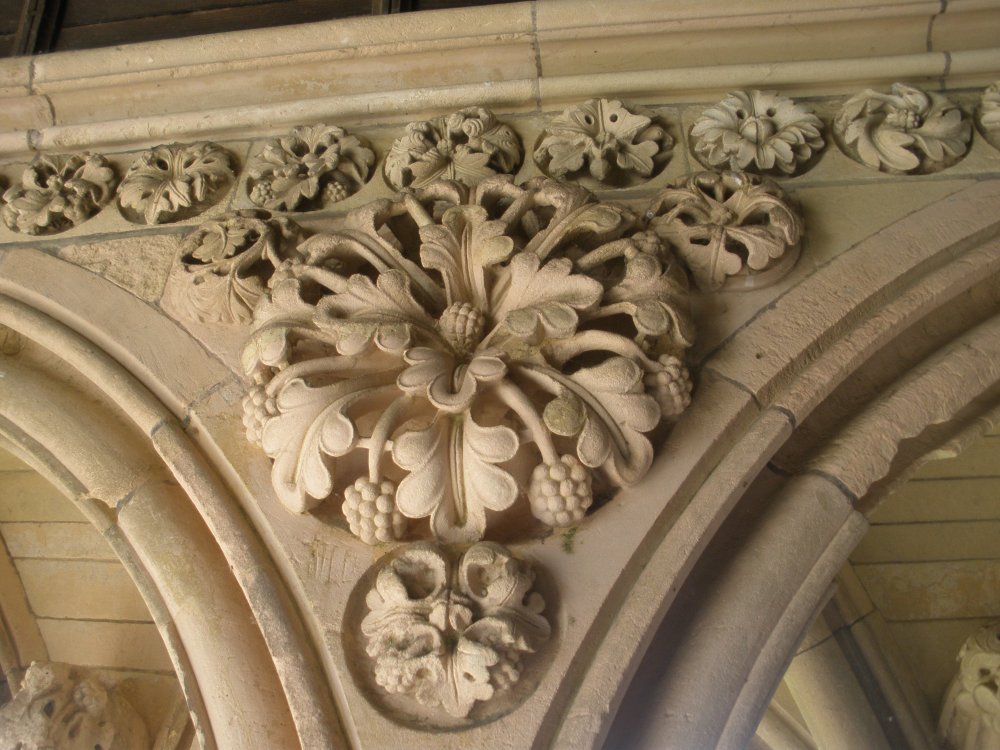 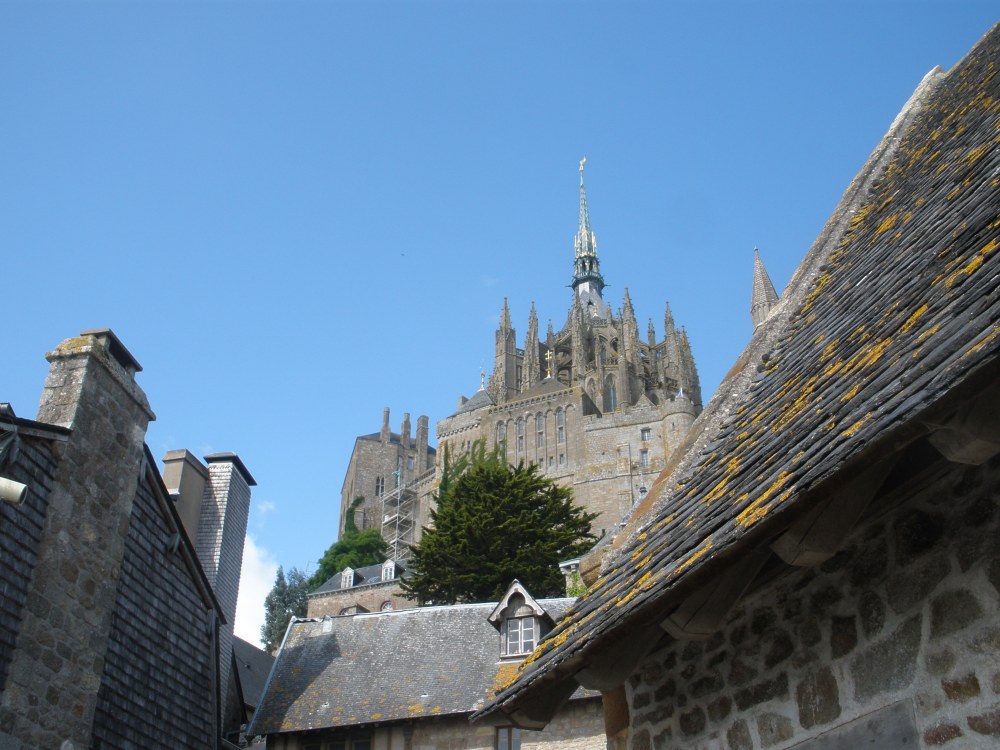 The masonry used to build the abbey was brought to the Mont by boat the pulled up the hillside by rope. This treadmill, 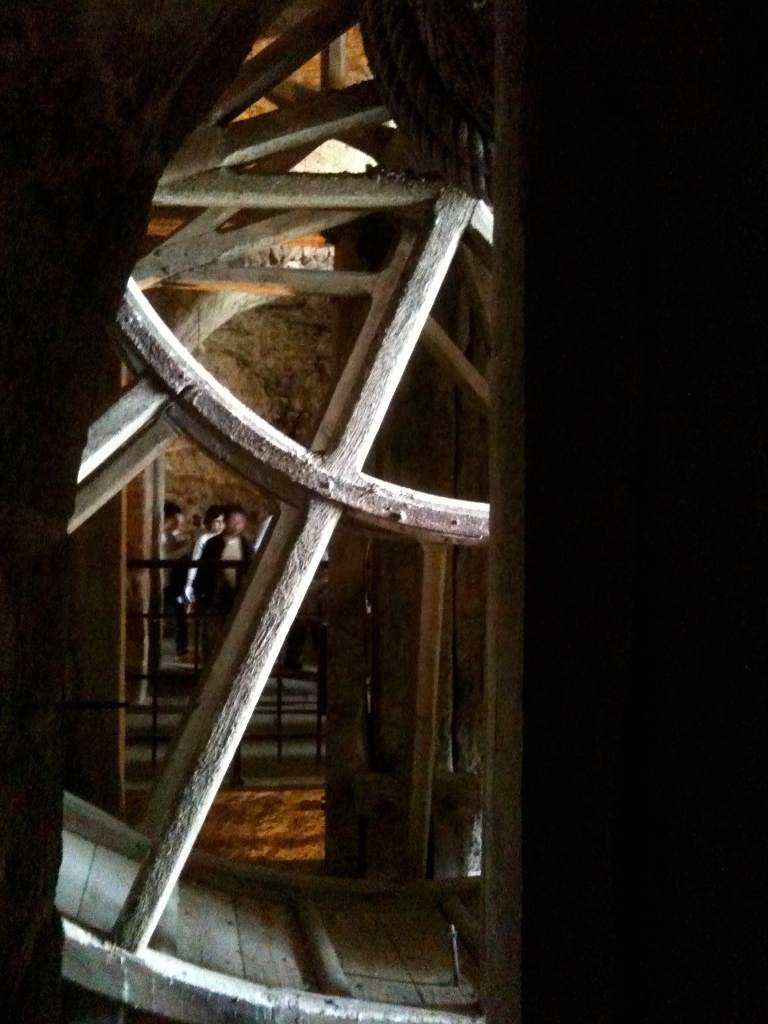 just like a hamster wheel, was powered by prisoners in the 19th Century. 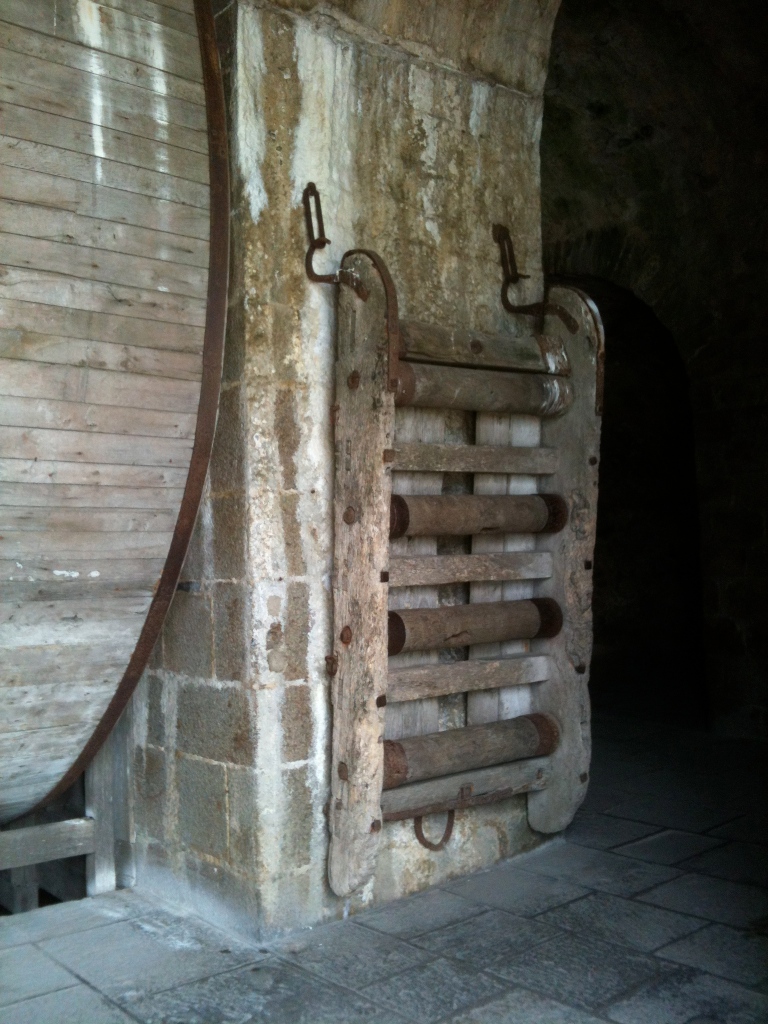 The turning wheel hoisted the supply sledge up the side of the mountain. 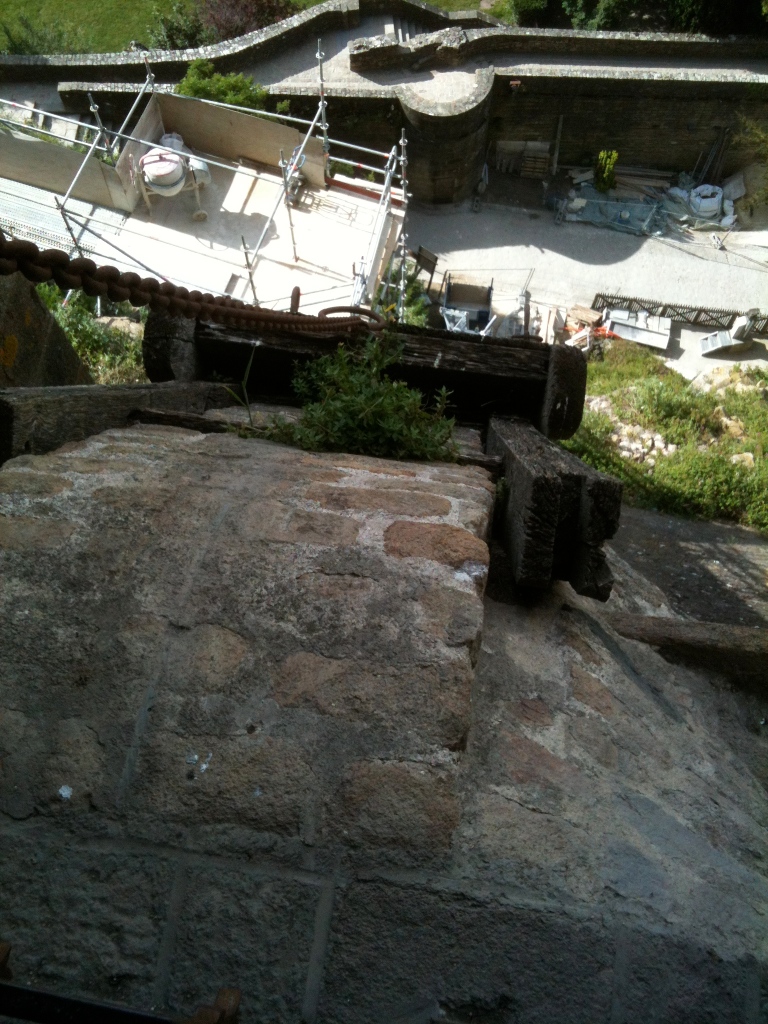 We spent the morning on Mont St-Michel and then headed back on the shuttle bus to have lunch at one of the many restaurants at the head of the causeway. 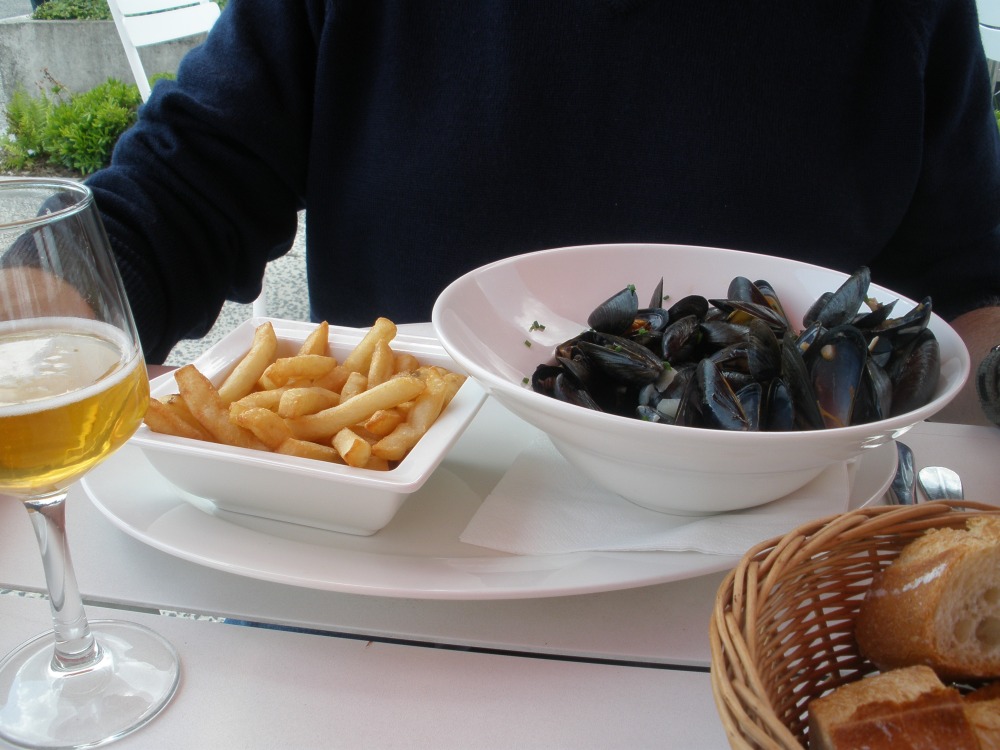 Mont St-Michel is certainly well worth the visit but avoid all the usual tourist traps when there.

The abbey is steeped in history and you can read about it here or more detailed information here.