Last year while we were staying at Stonefolds Farm Cottages we made a trip along the coast of Aberdeenshire and two of the places we visited were Peterhead and Fraserburgh.  I had remembered visiting there as a child when on holiday with my brother and sisters while my dad was working.  My mum stayed at home as she was a pharmacist and had her shop to take care of. Dad took us on holiday with the caravan while he visited the bakers in Scotland.  He worked for the Flour Advisory Bureau, after he had retired from the Air Force.

This time, when visiting Peterhead, the weather was not what you would call pleasant but it gave a seafaring atmosphere to the place.  It was a dreich day.  (Just as an aside, dreich topped the poll as the Scots’ favourite word) 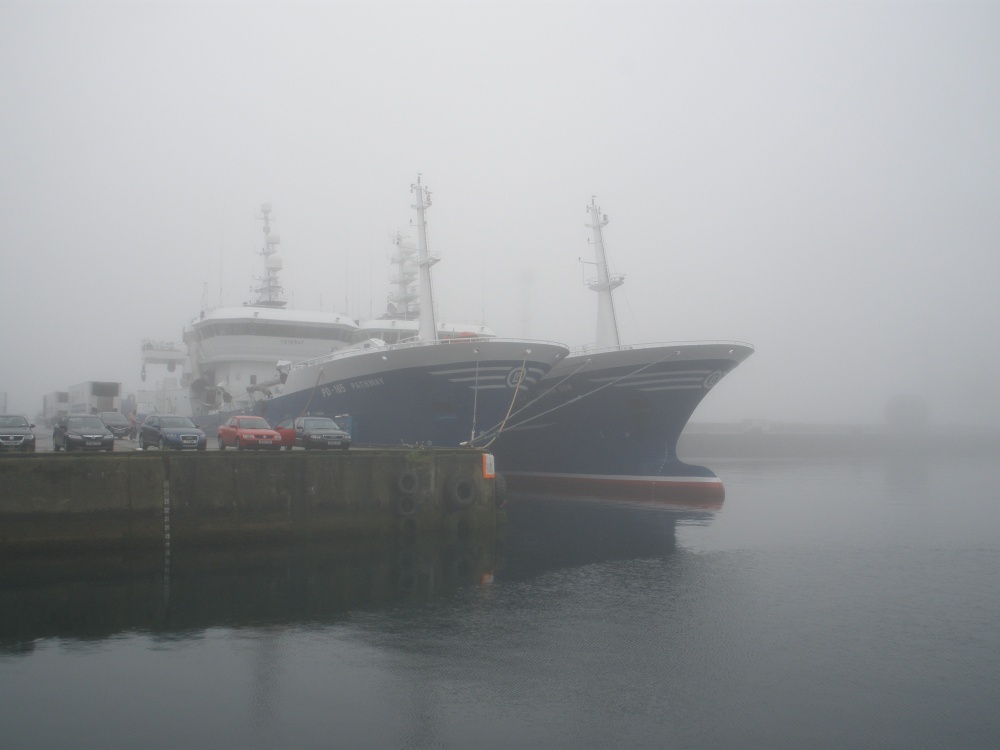 We wandered around the harbour having a look and searching for the trawlers that were seen on the programme “The Trawlermen”.  We spotted some seals

and as we were doing our wander, my husband met the harbour master as he was coming out of the harbour control office and started up a conversation.

The harbour master invited us into the control tower to view the harbour from above and to see the latest technological gear used to monitor the movements of the shipping fleet.  It was very interesting and would have been even better if the view had been clear!

He opened up the fish market so we could see inside and explained how they were eventually going to do the fish selling by computer although at the moment it is still done like an ordinary auction.

We were so lucky to have been given this opportunity and the people in the Port Authority gave us a bag of goodies to take with us when we left – some caps, beanies, pens and keyrings.

After wandering the harbour we had lunch at the fishermen’s cafe and that was a good solid working man’s meal. Fish, chips, mushie peas, bread and butter and a pot of tea!

We moved on to have a look around town

before heading to the  Museum of Scottish Lighthouses at Fraserburgh.

plus the actual museum has the history of the design and building of the various lighthouses along with many interesting artifacts. 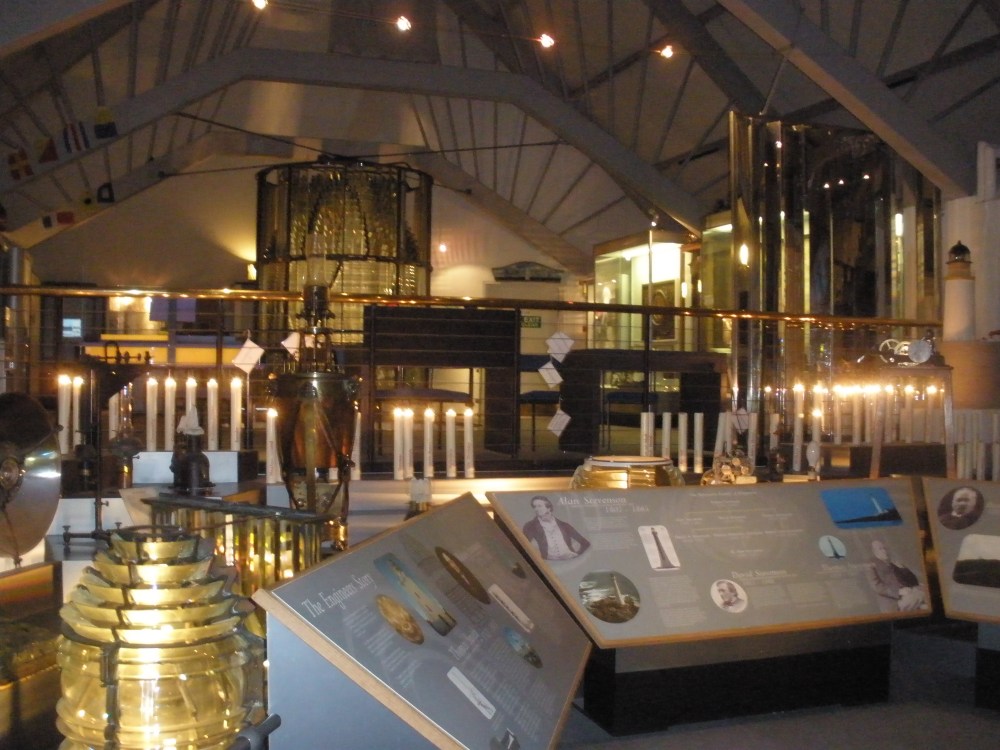 We had enjoyed our day in Peterhead and Fraserbugh, despite the weather.