I have been reading a few biographies recently and purely by chance they have all started with the letter J.  Joan is the one I have decided on for today. It wasn’t actually a biography it was a historical fiction novel. This Joan is Joan of Arc and she is the main character in The Maid by Kimberly Cutter.  This is one for my Historical Fiction Reading Challenge. 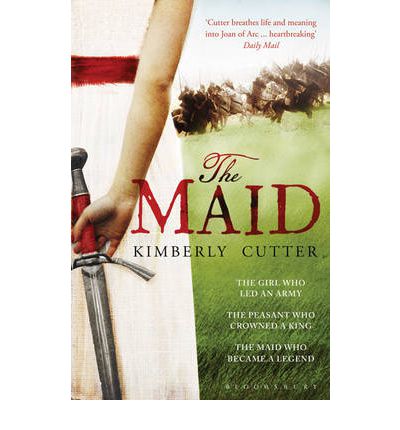 This was a wonderful historical novel as Cutter has brought Joan of Arc to life.  Pleasingly the author has also kept true to the actual events so although it is fiction it is more like a biography. It is a realistic story about medieval times, particularly during warfare, and it starts with Joan (Jehanne) as a twelve year old peasant in Domremy. We are taken through her life through all the battles and up to her execution at age eighteen. Joan’s portrayal is realistic, not stylised as a saint but as an ordinary young woman. She was abused at home, has a fiery temper and at times she lusts after handsome young men.  Obviously she has difficulty reconciling her thoughts with the demands made of her by the voices she hears.  At times I got the impression that Joan was ready to give up but with the strength of her faith she kept going.

I loved this novel for the realistic portrayal of Joan but also because we had been to many of the places mentioned in the novel and so could picture it more vividly.  Joan of Arc is such a well-known figure in France and there are statues of her in many towns.

This particular statue is in Chinon. 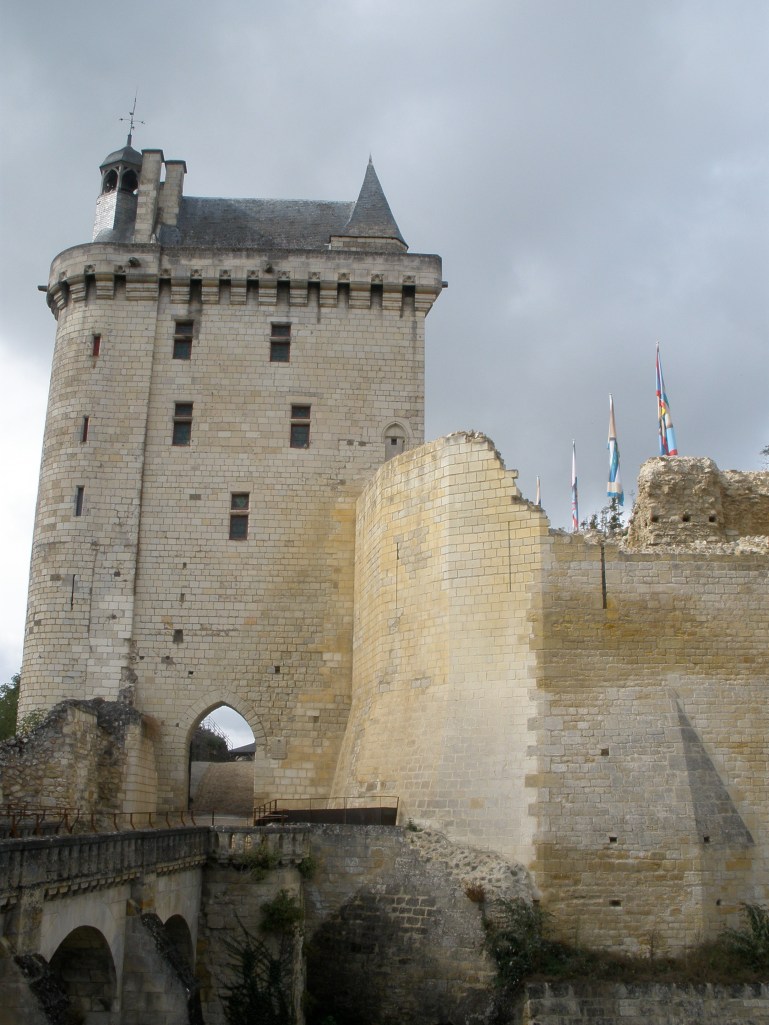 When we visited Chinon the exhibition within the castle paid considerable attention to the life of Joan of Arc as it was in Chinon where she met Charles VII to convince him he needed to travel to Reims to be crowned king. 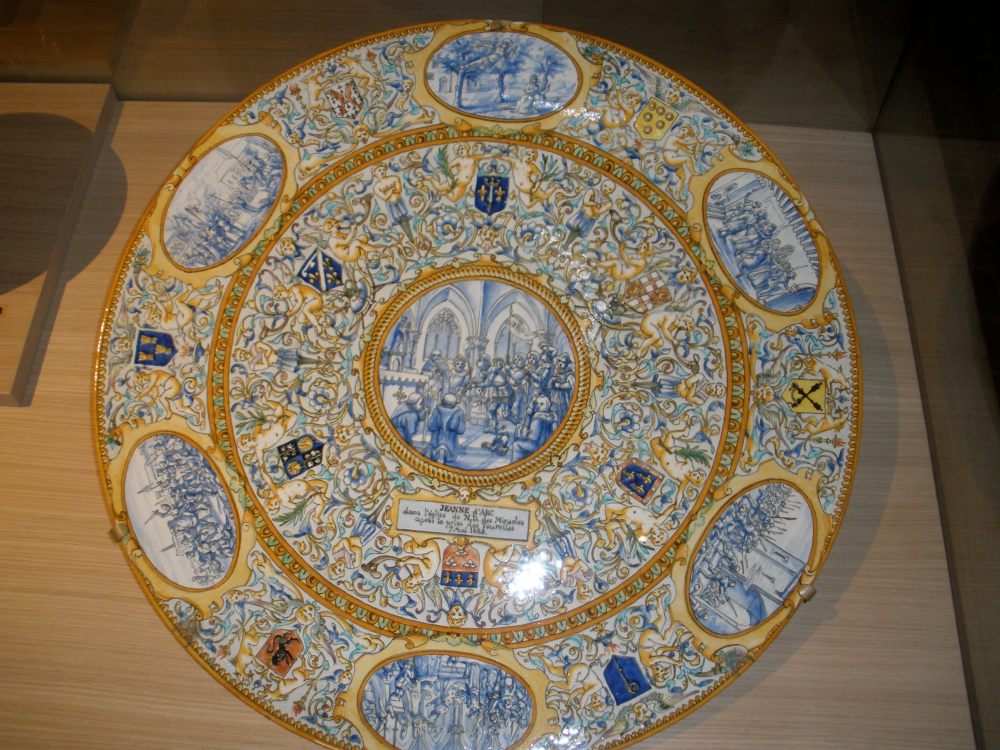 This beautiful platter was part of the exhibition. You can click on the photo to see it in more detail. 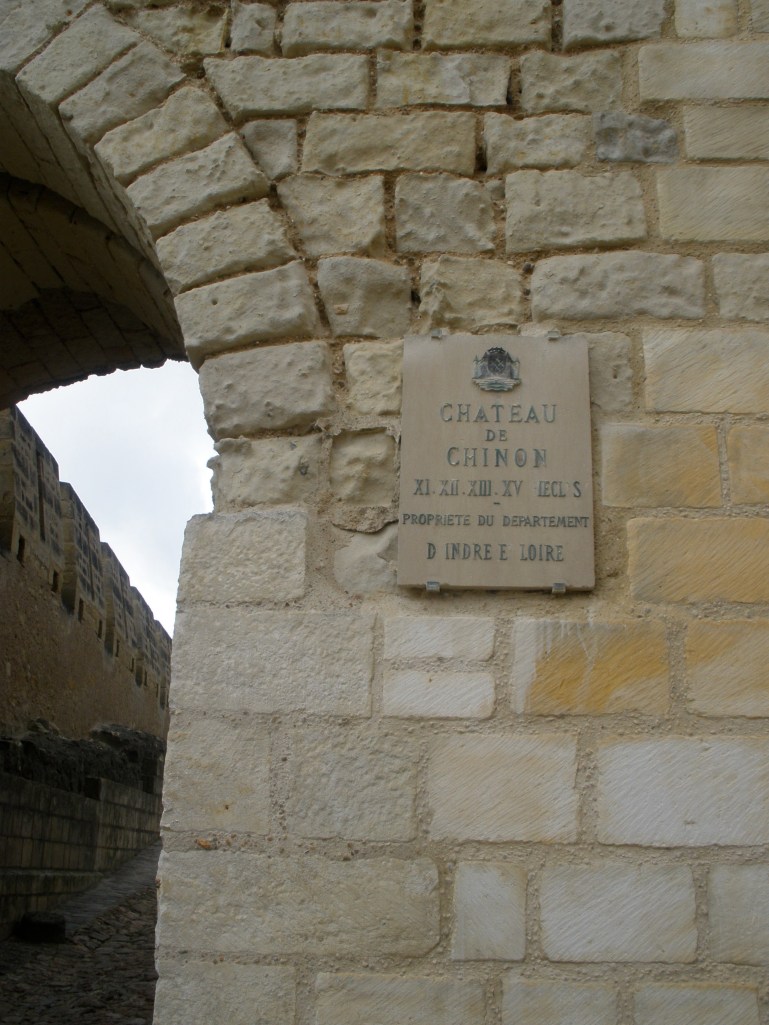 This is the entry to the castle.

We also visited Loches which is mentioned in the novel.  It was here that Joan met with Charles after her victory at Orleans. 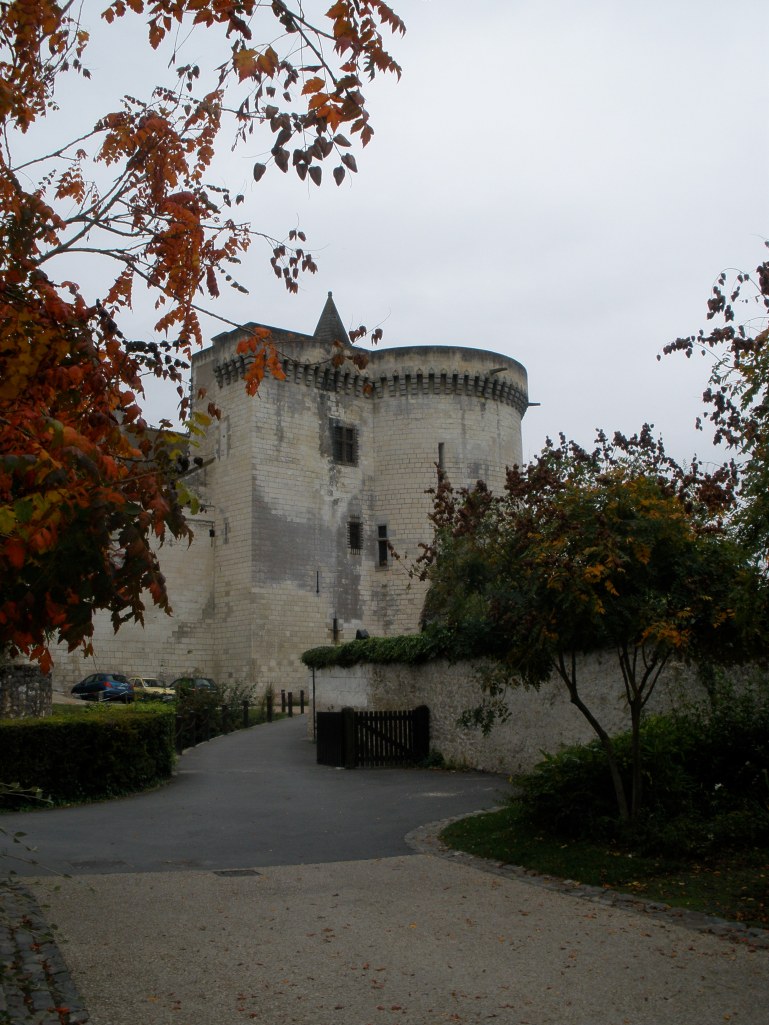 Kimberly Cutter gives a reading from her novel in this Youtube video.

There is a wonderful website here where you can find all you possibly want to know about Joan of Arc in all forms of communication.  Well worth a look.