On New Year’s morning when I went for my walk I took a different route to my usual.  The sun was coming up over Bancroft Bay and Metung was looking picturesque.  As I approached the marina there were new signs on the road. 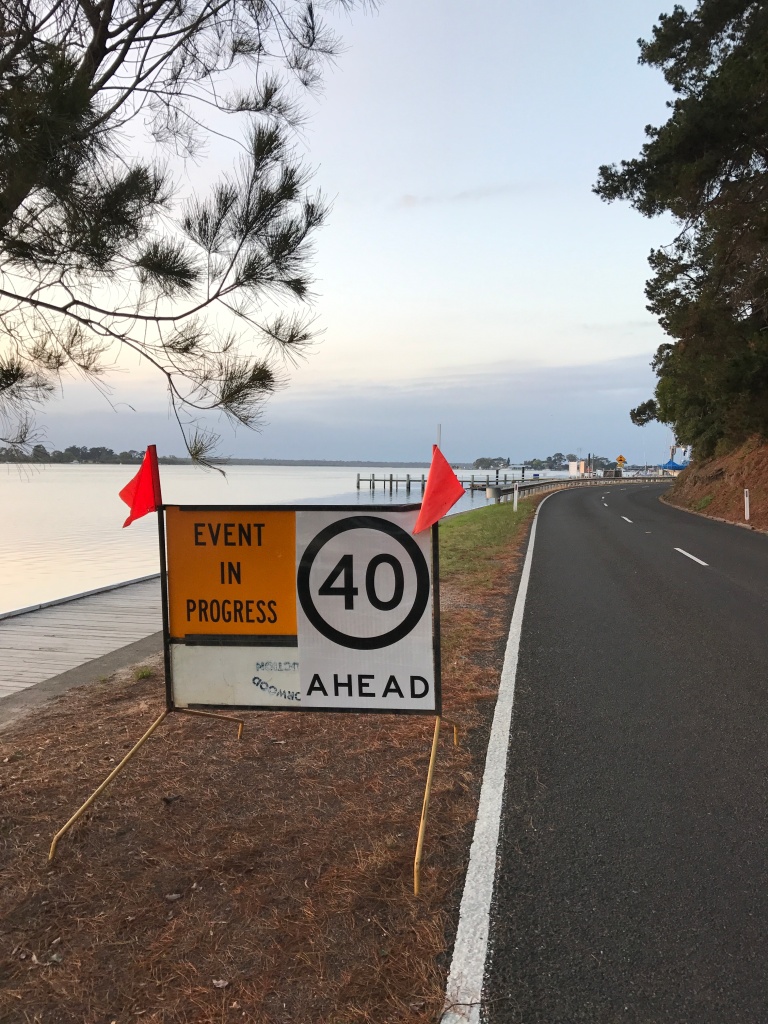 As I got closer to the Yacht Club there were indications that this was a big event as temporary traffic lights had been put up.

The front of the Yacht Club had a banner informing people of the event. 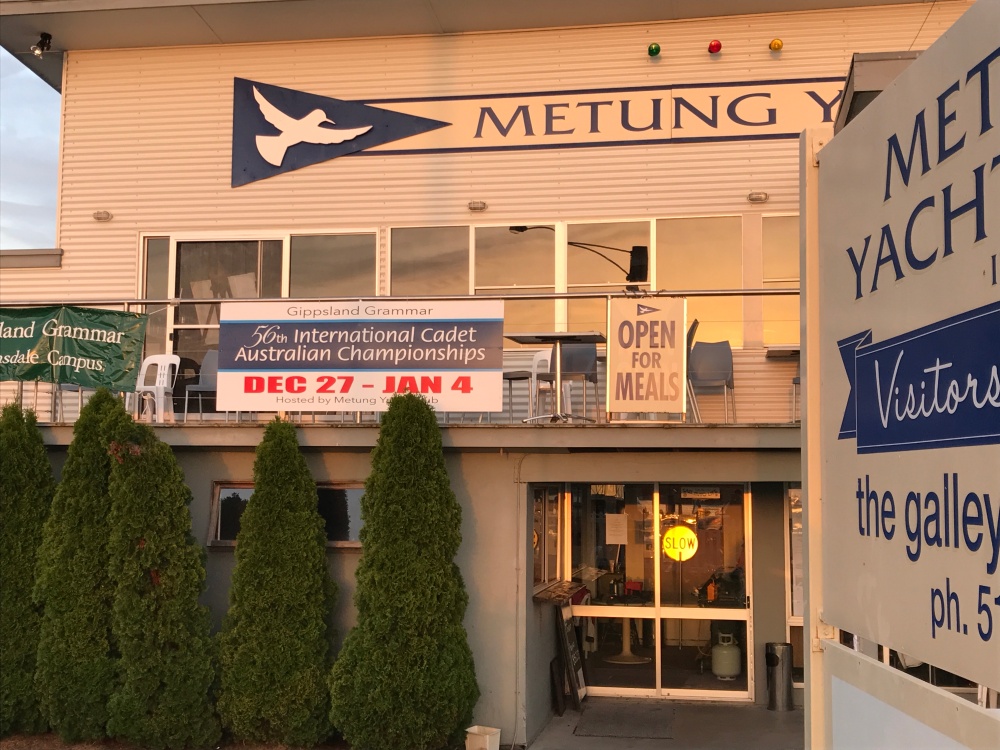 The Australian Championships for International Cadets.  I had no idea what this meant but my husband informed me that a cadet is a type of boat! The cadet dinghy is a junior class of boat that is sailed by two children aged 7 -17.  You can read all about it here.

It was staggering the number of boats that were in the car park and two new ramps had been installed to help with the launching of the boats.

This is just some of the boats and the new launching ramps. 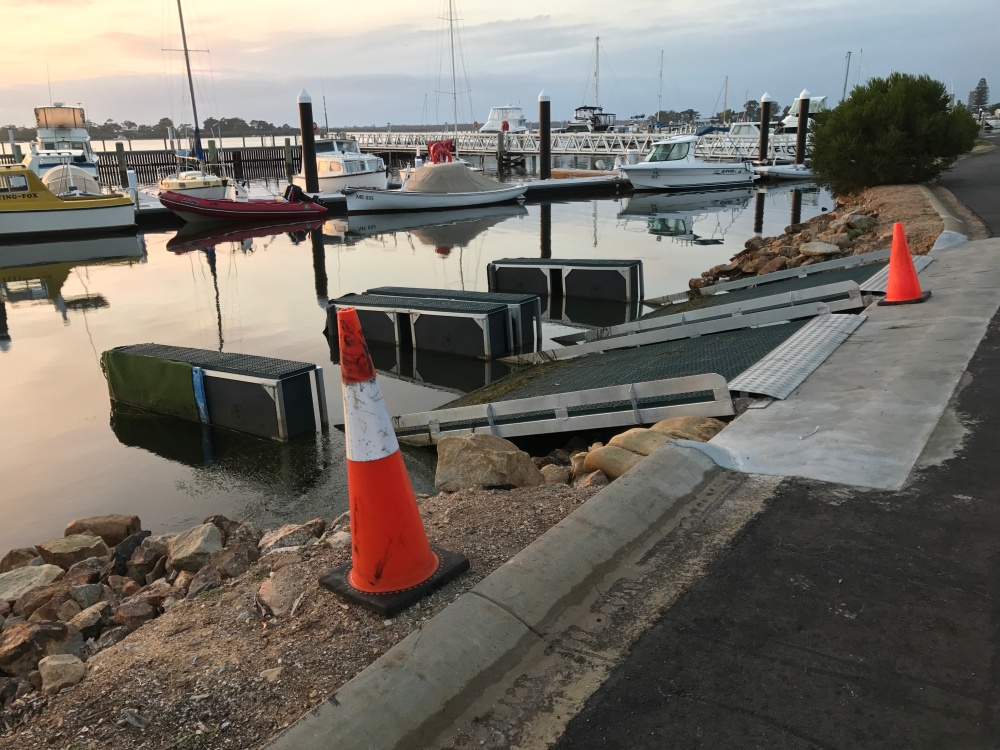 I hope the Championships are a success and that the weather remains good for them.