The art of love is never a science: Meet Don Tillman, a brilliant yet socially inept professor of genetics, who’s decided it’s time he found a wife. In the orderly, evidence-based manner with which Don approaches all things, he designs the Wife Project to find his perfect partner: a sixteen-page, scientifically valid survey to filter out the drinkers, the smokers, the late arrivers.

Rosie Jarman possesses all these qualities. Don easily disqualifies her as a candidate for The Wife Project (even if she is “quite intelligent for a barmaid”). But Don is intrigued by Rosie’s own quest to identify her biological father. When an unlikely relationship develops as they collaborate on The Father Project, Don is forced to confront the spontaneous whirlwind that is Rosie―and the realization that, despite your best scientific efforts, you don’t find love, it finds you.

This was a light-hearted story but cleverly written with the protagonist being someone on the autism spectrum. It is a quick read and I guess I would liken it to the movie Love Actually or something similar.  A feel good read although the outcome was predictable. Laugh out loud in parts.

The Almost Moon by Alice Sebold 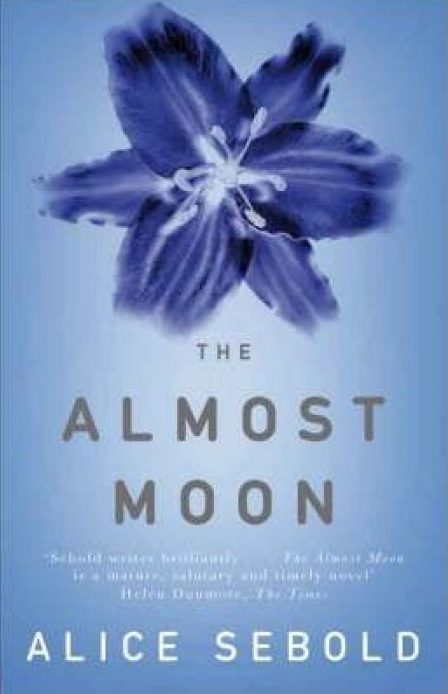 “A woman steps over the line into the unthinkable in this brilliant, powerful, and unforgettable new novel by the author of “The Lovely Bones” and “Lucky.”

Helen Knightly has spent a lifetime trying to win the love of a mother who had none to spare. And as this electrifying novel opens, she steps over a boundary she never dreamt she would even approach. But while her act is almost unconscious, it also seems like the fulfilment of a lifetime’s buried desire. Over the next twenty-four hours, her life rushes in at her as she confronts the choices that have brought her to this crossroads.”

When all is said and done, killing my mother came easily.

This is a story of love and hate. You certainly won’t feel any warmth while reading it and you are left with a rather unsettling feeling.