I walked down to the post office to collect the mail earlier this week.  I was assuming there would be very little there, probably only a letter if anything.  I was wrong.  There were several parcels along with a couple of letters so I had quite a bundle to carry home.

I had been expecting a delivery of books but knew they would only come in dribs and drabs as they were from various sources.  Two of the parcels were books but the third parcel was much larger. 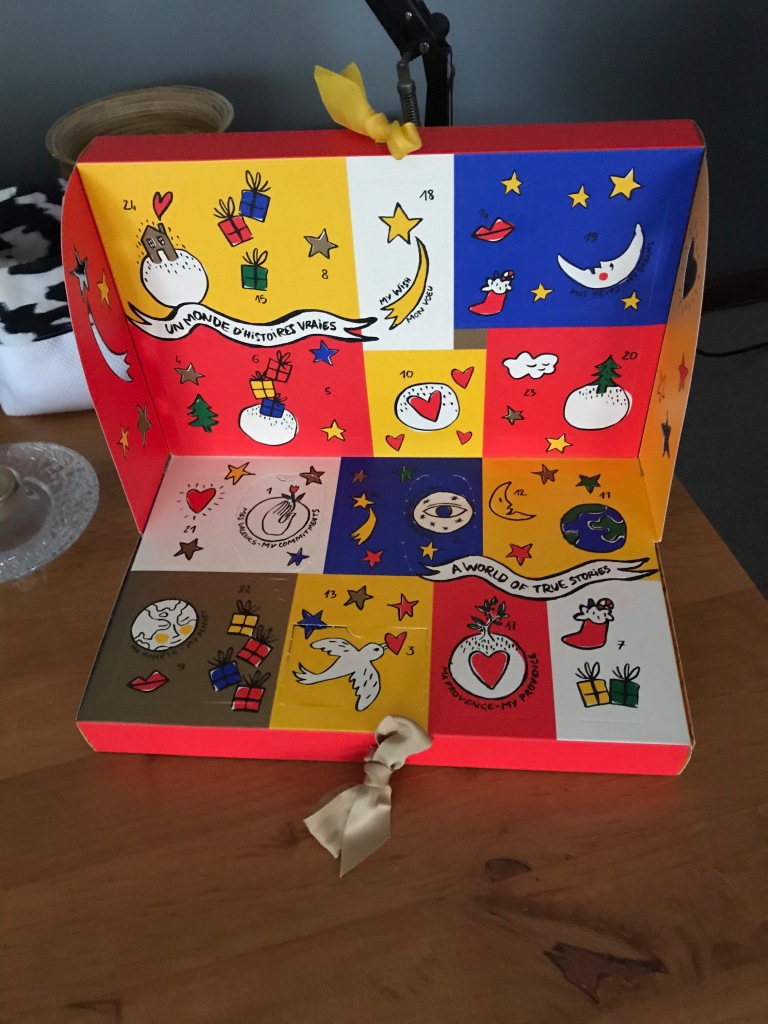 It was an early birthday present from one of my daughters.  It is an Advent calendar produced by L’Occitane.  My daughter must have been watching me when we last visited her in Canberra and we were shopping.  We stopped at the L’Occitane shop and I had remarked on what a terrific idea this was to get to sample various products from their range.  I already use one of their handcreams and have used a couple of their other products.  My daughter obviously took note of my comments and has sent me this wonderful gift for my birthday.  It is ideal as it leads all the way up to my birthday which is the day after Christmas.  I love it.