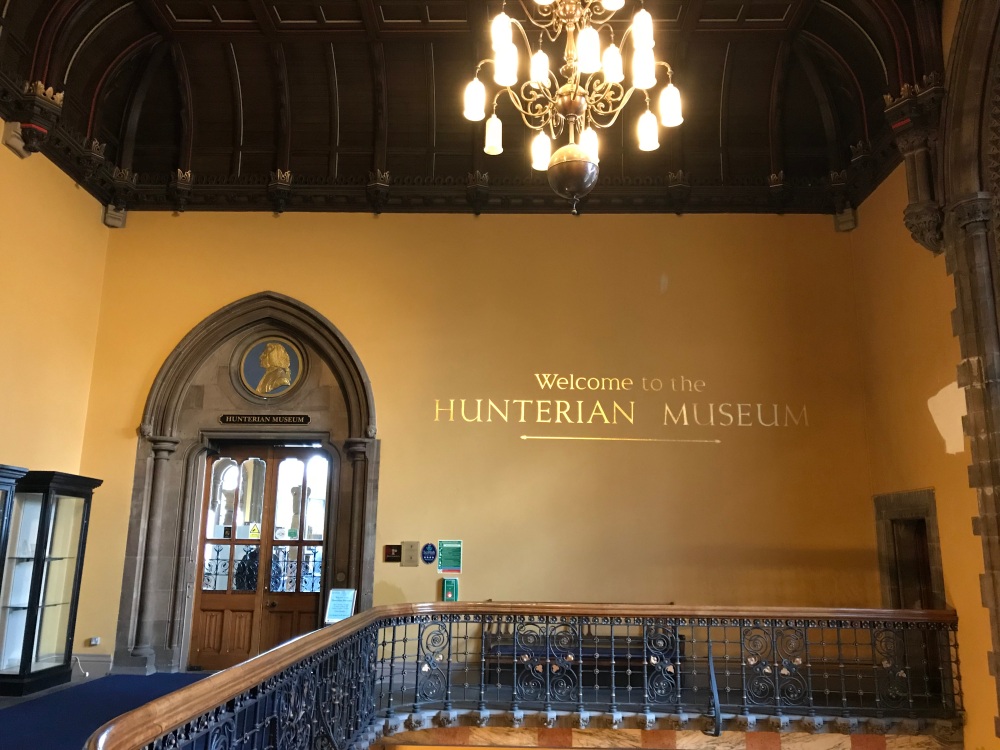 You can tell by the entrance to the Hunterian Museum that this was a building of some age.

The architecture was beautiful. 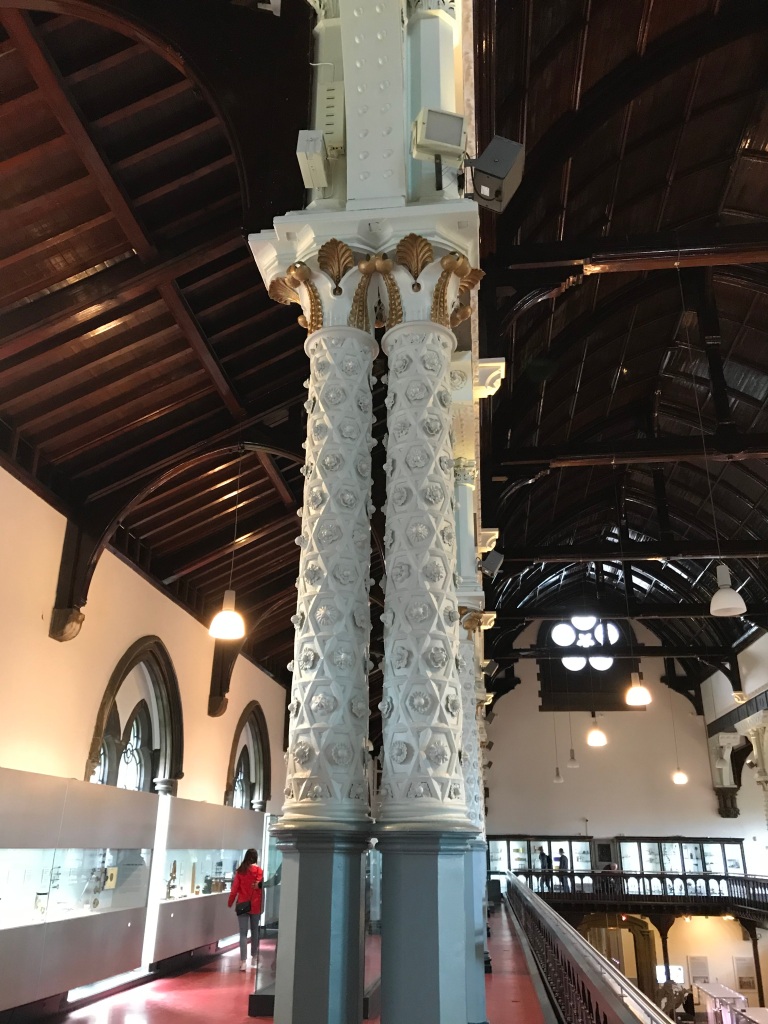 The museum is not huge but there is still a great deal to view as there is a large collection.  Part of the museum was closed off as they were preparing a new exhibition. The exhibition that was featured while we were there was the distance slabs of the Antonine Wall.

I neglected to take a picture of the actual slabs but they were extremely interesting.

This one is from the internet,

“This distance slab was found in 1812 in the Duntocher area of Clydebank, near to a roman fort. These distance slabs were made by the legions to mark the completion of a section of the Antonine wall and have been found in several places along its length. The stone is richly decorated with two roman soldiers flanking two winged females (an unidentified mythological creature) below the central area with the inscription. The inscription translates as: “For the Emperor Caesar Titus Aelius Hadrianus Antoninus Augustus Pius, father of his country, a detachment of the Sixth Victorious, Loyal and Faithful Legion completed the rampart work [over a distance of] 3240 feet”. The sickle or axe shaped banners on either side of the inscription plate are similar to animalistic symbols found on other distance slabs and jewellery from the Roman period and may have been influenced by art from other cultures incorporated within the empire.” (Kevin Grant- University of Glasgow)

They also had some shoes which were the same as those we had seen at Vindolanda, and

they were in beautiful condition.

Once we left the Antonine exhibition we moved into the main display area. 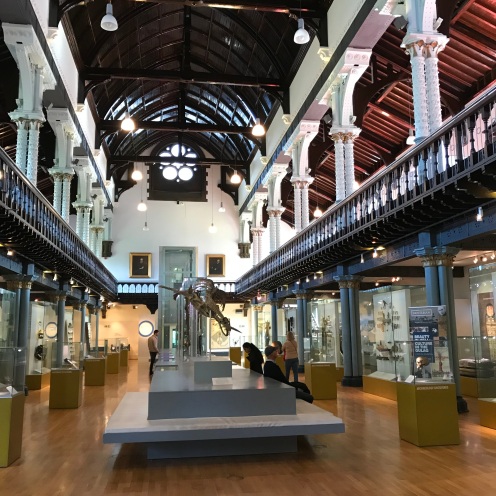 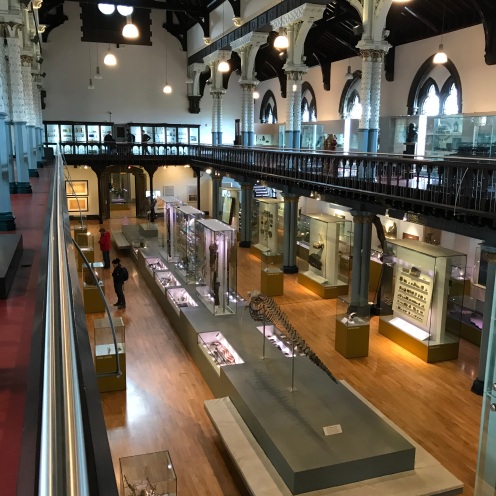 Fascinating exhibits and I particularly loved the huge pictures which were used as teaching aids. 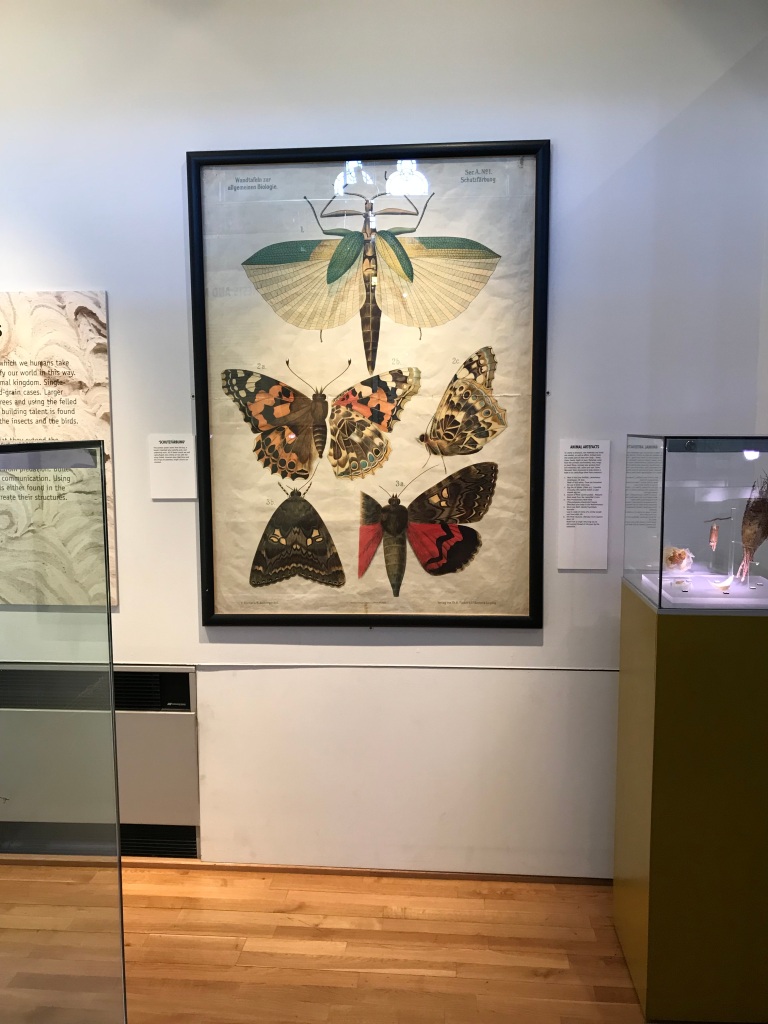 If you are in Glasgow you must certainly visit the Hunterian Museum.