Runaway by Peter May 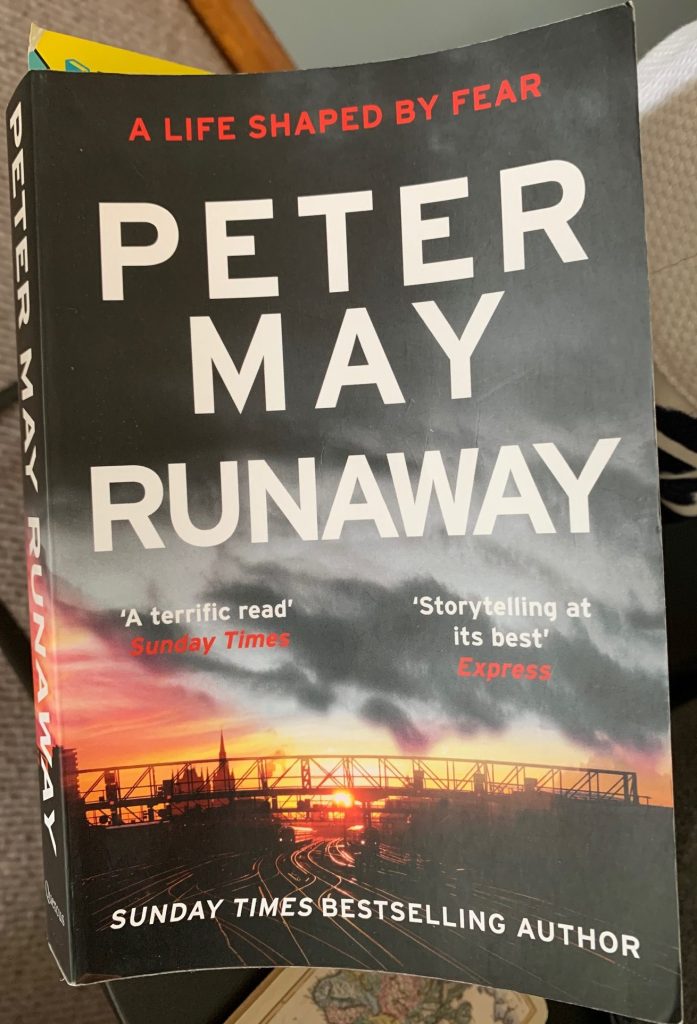 “Five of us had run away that fateful night just over a month before. Only three of us would be going home. And nothing, nothing would ever be the same again.”
Glasgow, 1965. Headstrong teenager Jack Mackay has just one destination on his mind–London–and successfully convinces his four friends, and fellow bandmates, to join him in abandoning their homes to pursue a goal of musical stardom.
Glasgow, 2015. Jack Mackay, heavy-hearted sixty-seven-year-old is still haunted by what might have been. His recollections of the terrible events that befell him and his friends some fifty years earlier, and how he did not act when it mattered most is a memory he has tried to escape his entire adult life.
London, 2015. A man lies dead in a one-room flat. His killer looks on, remorseless.
What started with five teenagers following a dream five decades before has been transformed over the intervening decades into a waking nightmare that might just consume them all.”

As I was a teenager in the sixties so much of the storyline  from 1965 resonated with me.  The mention of various music groups, the fashion, the famous people and places brought back memories of my teenage years.

This book was not your usual crime fiction book as the actual crime seems to take a back seat to the characters and the sense of place.  I enjoyed the portrayal of old age compared to their lives as youths and how the book shows how old age doesn’t necessarily confine your actions.

Peter May has done it again.  Another terrific read.