One of the SBS cycling commentators, David McKenzie, tweeted about a special pack that was being offered by the Bright Brewery for during the Tour de France.

The pack is called Tour de Froth. Very clever as the pack contains 21 beers, one for each stage of the Tour.

During the Tour it is part of the tradition of the #Couchpeloton to have snacks and drinks while watching the cycling so I thought it would be a good idea to purchase the pack.  It has arrived in plenty of time for the Tour.

There are laminated descriptions of each of the beers and at which stage they should be drunk. 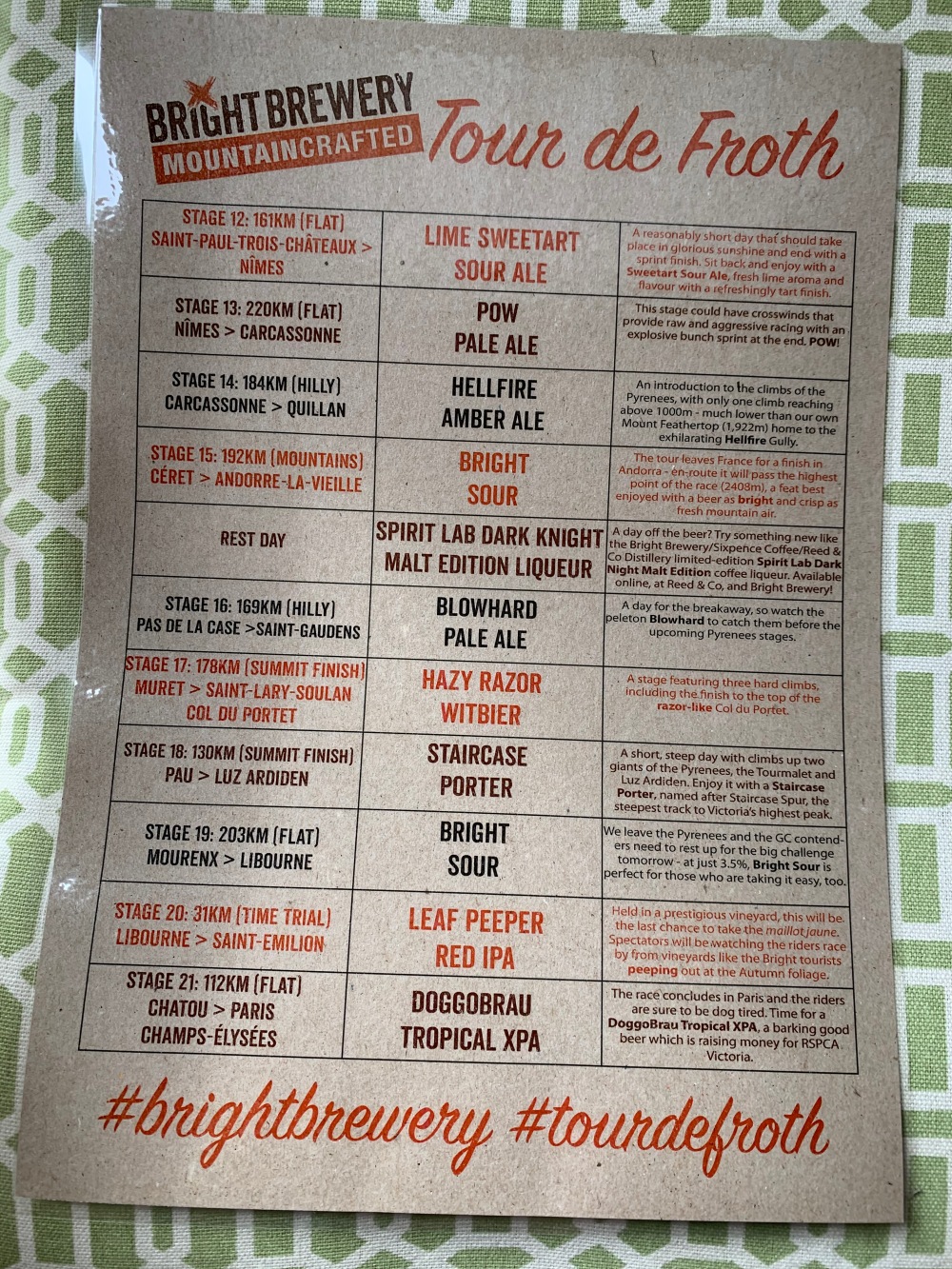 I will certainly need some worthwhile snacks to go with each of my beers.

A terrific marketing plan on the part of Bright Brewery. The brewery is situated on the Murray to Mountains cycling Rail Trail.

Members of #couchpeloton have been giving suggestions on Twitter for snacks during the race.