The ride is 21 kms each way and it was a beautiful day for a ride.

Along the way there is a huge wombat burrow where the soil that has been removed by the wombat has started to pile up on the cycle trail.

You can see where the orange gravel/dirt has spread onto the track.

The hole is just below the little bush. 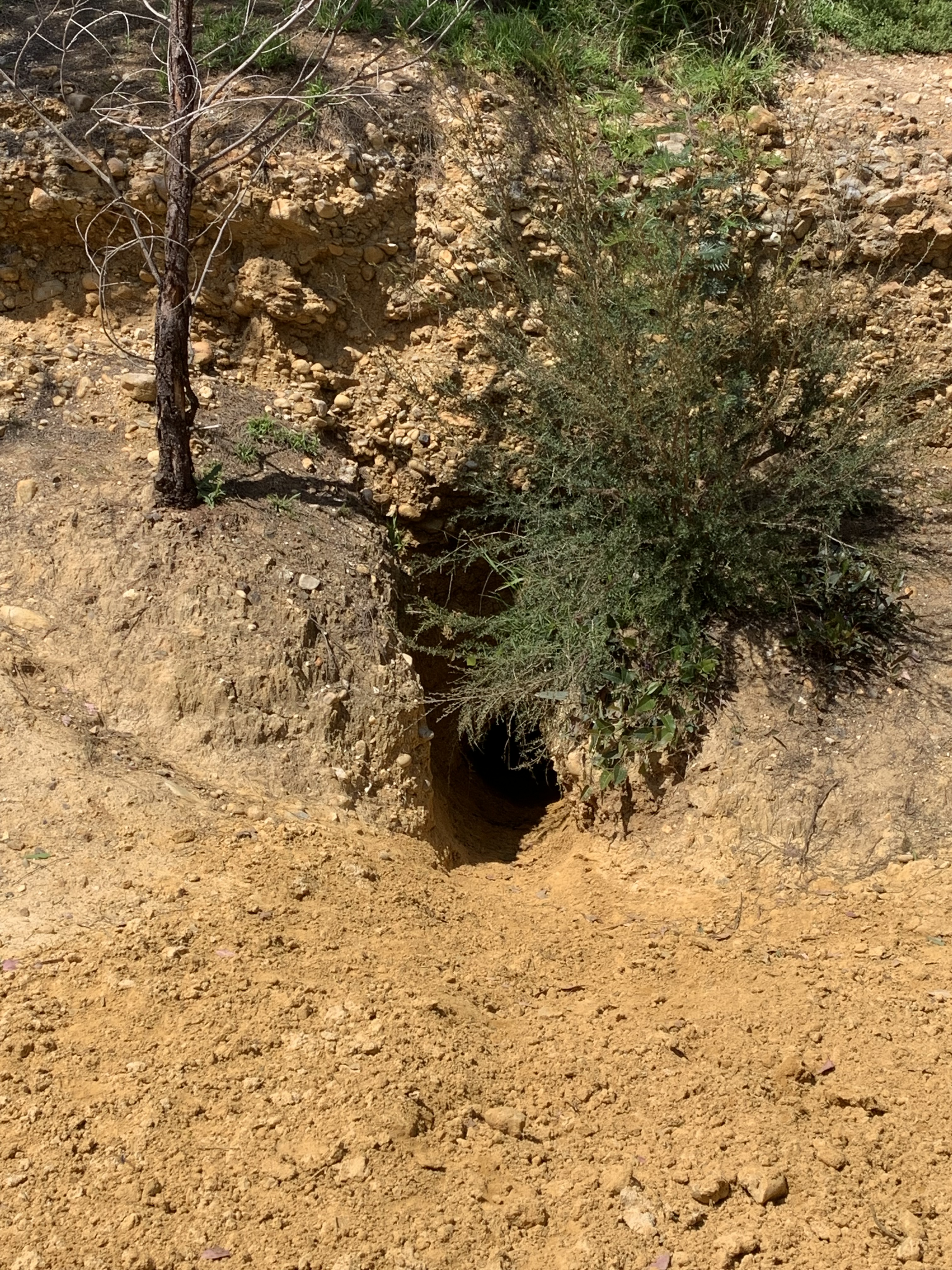 This is a closer view of the hole.  The wombat has removed an incredible amount of dirt.

Approaching Bruthen the trail crosses over a little river which has some flood mitigation happening.  You can see the trestle bridge which used to be the railway bridge.  It is no longer used and the rail trail goes down by the river instead.

The area around Bruthen is fertile farming country and is subject to flooding. 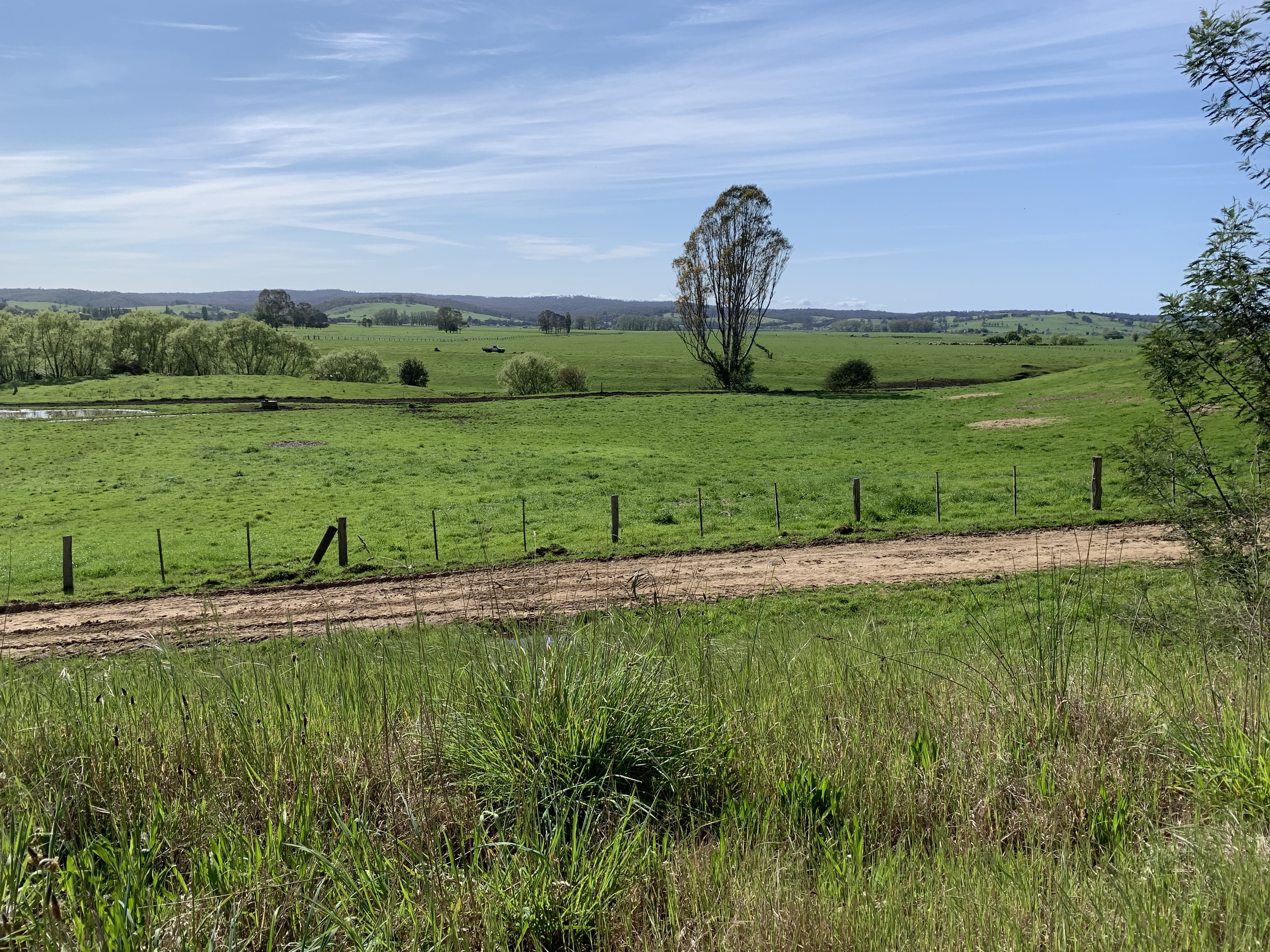 I stopped at the site of the old Bumberrah station for a breather on my return journey. 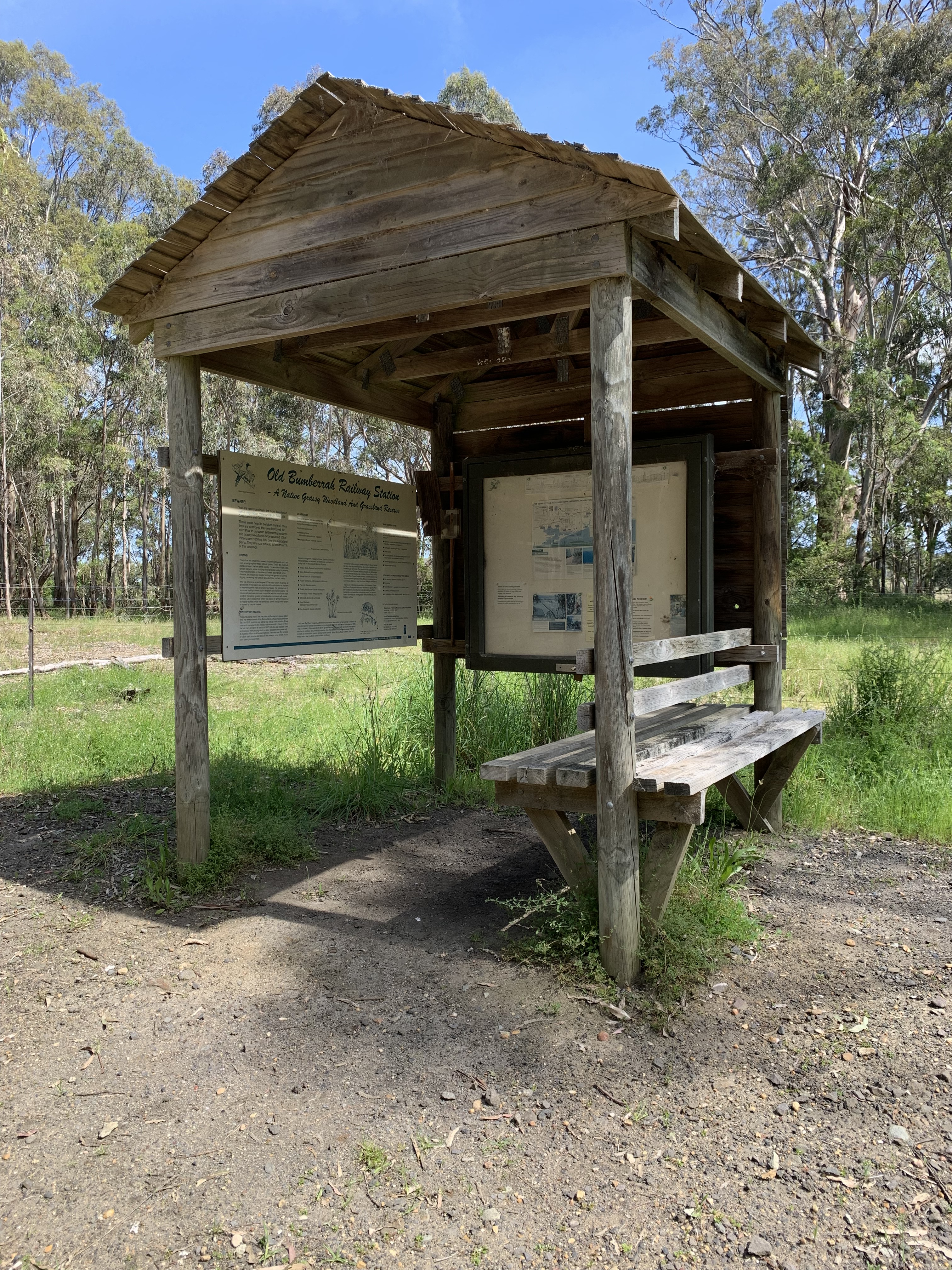