Well I am now going to have to stay home totally.  No walks or bike rides.  Luckily the garden is fairly big so I can do a walk round that a few times a day.

This morning I decided I had better break out the WII console and get back into doing my WII routine.

The machine told me at the end of my 30 minute routine that it was 194 days since I had last done my routine. It also told me that I had gained 1 kilogram since then.  I thought it would have been much more.

I have to say that my balance is not as good as it was when I last did my routine.  I will need to work on that.  Obviously the exercises help with improving balance.  I do a mix of yoga and muscle building exercises.

Have you been advised to self isolate yet?

I was fortunate to attend the final of the Women’s T20 World Cup which was held at the MCG in Melbourne. This was before the shut down of events due to COVID 19.  I had planned a weekend where I would attend The Melbourne Rebels Super Rugby match on the Saturday and the cricket on the Sunday and catch the train home on Monday.

The weekend started off with a lovely dinner with my daughter and granddaughter who had come from home to meet me in Melbourne for dinner.  It was such a lovely start to the weekend.

The rugby on Saturday was great as my team won.  I haven’t been to many games where my team have actually won so that was an added bonus.

Sunday was a fantastic day as the Women’s Cricket had been advertising the day as The Big Dance and they were hoping to break the record for attendance at a women’s sporting event.  The aim was to fill the MCG with 90,000 spectators.  I think most people thought this was pie in the sky as attendances at previous matches had been nowhere near that.

There was also the draw card of having Katy Perry performing at the beginning and end of the match.  I was amazed at how many people turned up to the match which was held on International Women’s Day. 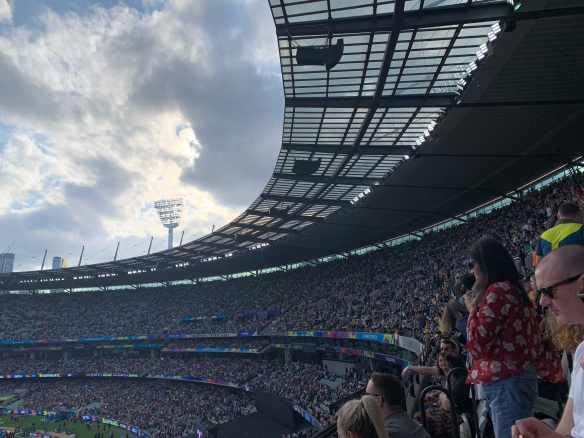 The crown number was not quite enough to break the record with a total of 86,174. It was great to be a part of it.

Even better was the fact that the Australian women won.  Well done.  So good to see women’s sport being supported wholeheartedly. 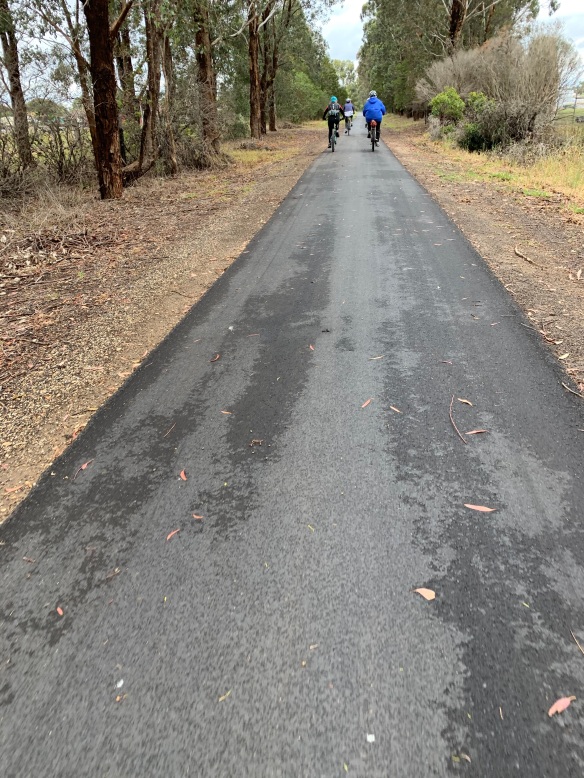 How smooth is that?

For some time now the condition of the surface of our local bike trail has left much to be desired.  There were many potholes and the ride was rather rugged.  We have been fortunate in having the trail resurfaced recently so now all is smooth on the ride from Nicholson to Bairnsdale.  The resurfacing along with the new signage makes the trail top class.

Only one section is asphalted the remainder is gravel covered.  It would be fantastic if the trail was like this all the way.

I recently went for a bike ride as I am trying to up the number of kilometres I do during a month.  I intended to ride from Nicholson to Bumberrah and back but found that was only a very short ride so decided to continue on to Bruthen, have some lunch and then return.

It was a cool day which was much appreciated after the extremely hot weather we have been having. 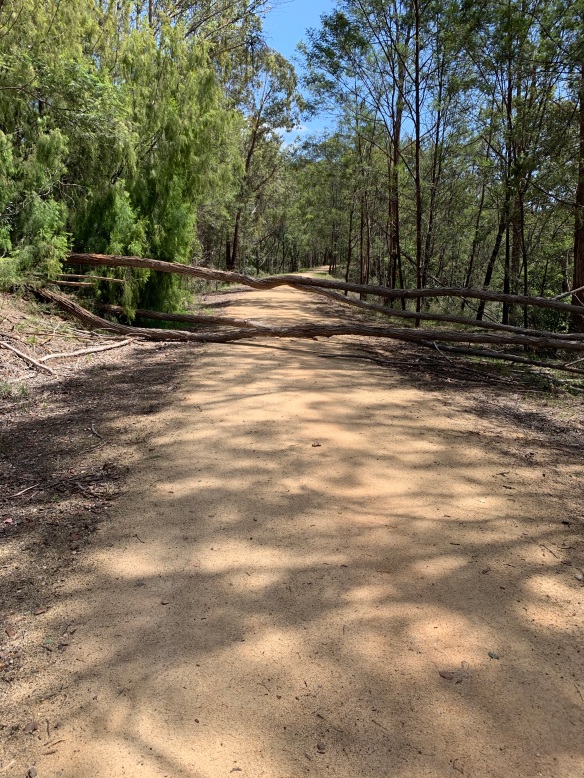 There has been a considerable amount of clearing on either side of the rail trail which I imagine has been done so the trail acts as a fire break.  We have had strong winds recently and I imagine that is what has caused this fallen tree.  I had to lift my bike over the lower log and clamber under the upper log in order to continue on my way.

I enjoyed a pleasant lunch in Bruthen and then headed back home.  A total of 45.36 kilometres.

I was reminded on Facebook of a post I had published six years ago and I thought it was worth visiting again.

The chart is small but if you click on the image you will be able to read it.  There are some points that are well worth noting.  I think the amount of sitting I have been doing recently with the Big Bash cricket on television means that my health should be suffering.  I hope I manage to do all the right things to alleviate possible negative impacts of too much sitting.

There has been more happening in the village recently.  For a few years now there has been talk of hot springs being developed here in Metung.  Many years ago there was a thermal pool near Chinaman’s Creek but it was closed down and sealed over by EPA.

Apparently the company that operates the Mornington Peninsula Hot Springs are now going to develop a similar site here in Metung.

At the moment all that is visible is this.

That is where a bore went down to locate the hot water.

I recently visited the hot springs in Mornington and I am delighted that one day we may have something similar here in Metung.