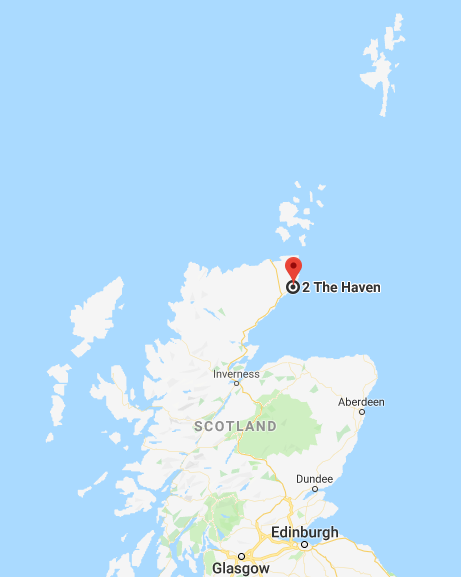 On the map the Whaligoe Steps can be found at  “The Haven”.

When we returned to mainland Scotland after our trip to Shetland we stayed with my cousins at Burrigle, Forse.  We were fortunate to have our cousins show us around the lesser known parts of the countryside and the Whaligoe Steps were something I wanted to see.  I had not visited them when I used to go as a child on holiday to Burrigle so was happy to get the opportunity to visit them and learn a bit about their history.

The steep steps down to the harbour are daunting at first sight but it is not too difficult a climb and well worth the effort. You can click on each photo to see more detail. 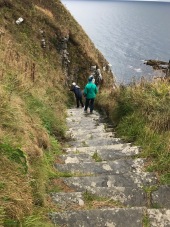 It is hard to believe that the women used to carry the baskets of herring back up the 300 steps to the top of the cliff.

The history of the Whaligoe Steps is fully described on this site at Undiscovered Scotland.

This is part of undiscovered Scotland that you definitely should see.

Upon our return to Metung we discovered that work is completed on the Lake King Jetty, well in time for the Christmas holidays.

Before we left on our holiday the jetty looked like this, not quite completed. 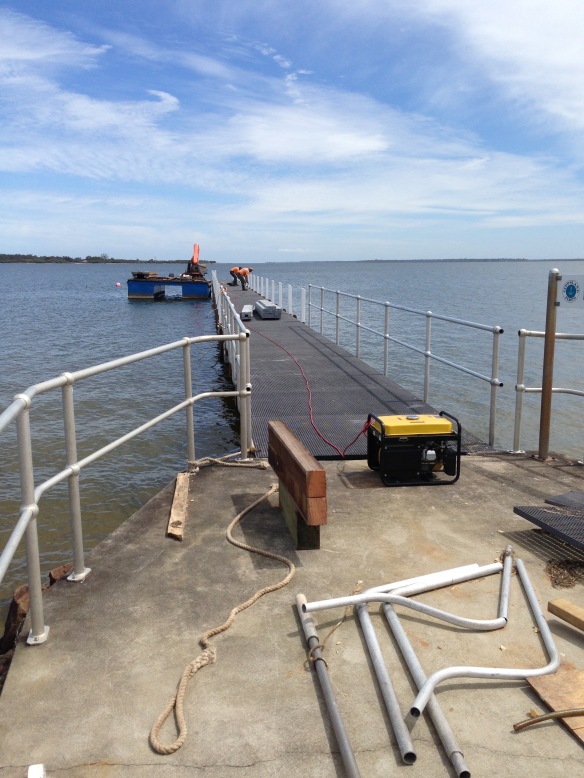 This is how it looks now. 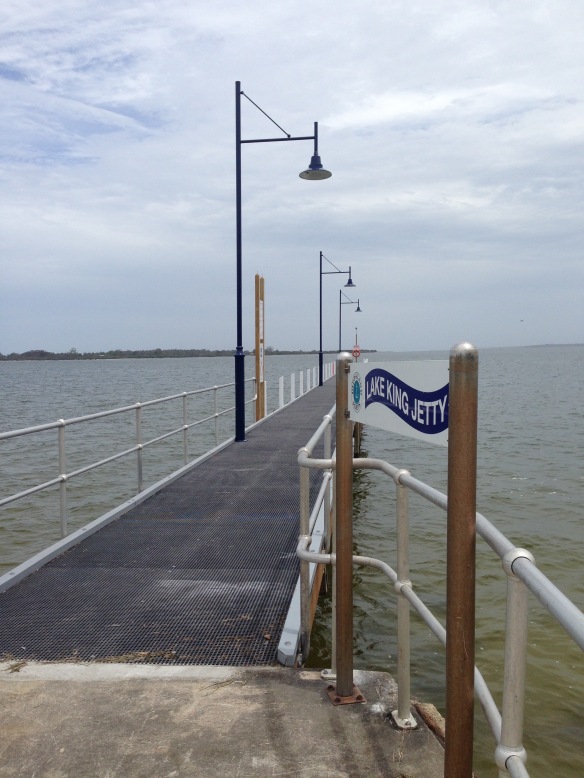 There are now lampposts, and hand rails along the first section.

A lifebuoy at the end of the pier.

The view from the end of the pier looking back towards Metung, albeit on a grey day.

The decking has a spongy feel and it looks good.

To me the pier seems longer than the original one but perhaps that is just an optical illusion.  No doubt lots of boating and fishing will be taking place here during the summer.

Last year while we were staying at Stonefolds Farm Cottages we made a trip along the coast of Aberdeenshire and two of the places we visited were Peterhead and Fraserburgh.  I had remembered visiting there as a child when on holiday with my brother and sisters while my dad was working.  My mum stayed at home as she was a pharmacist and had her shop to take care of. Dad took us on holiday with the caravan while he visited the bakers in Scotland.  He worked for the Flour Advisory Bureau, after he had retired from the Air Force.

This time, when visiting Peterhead, the weather was not what you would call pleasant but it gave a seafaring atmosphere to the place.  It was a dreich day.  (Just as an aside, dreich topped the poll as the Scots’ favourite word) 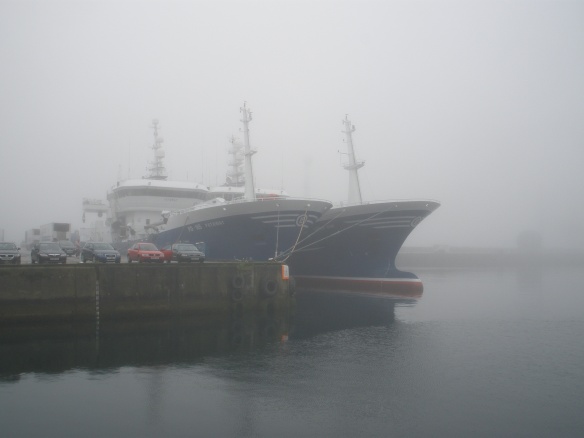 We wandered around the harbour having a look and searching for the trawlers that were seen on the programme “The Trawlermen”.  We spotted some seals

and as we were doing our wander, my husband met the harbour master as he was coming out of the harbour control office and started up a conversation.

The harbour master invited us into the control tower to view the harbour from above and to see the latest technological gear used to monitor the movements of the shipping fleet.  It was very interesting and would have been even better if the view had been clear!

He opened up the fish market so we could see inside and explained how they were eventually going to do the fish selling by computer although at the moment it is still done like an ordinary auction.

We were so lucky to have been given this opportunity and the people in the Port Authority gave us a bag of goodies to take with us when we left – some caps, beanies, pens and keyrings.

After wandering the harbour we had lunch at the fishermen’s cafe and that was a good solid working man’s meal. Fish, chips, mushie peas, bread and butter and a pot of tea!

We moved on to have a look around town

before heading to the  Museum of Scottish Lighthouses at Fraserburgh.

plus the actual museum has the history of the design and building of the various lighthouses along with many interesting artifacts.

We had enjoyed our day in Peterhead and Fraserbugh, despite the weather.

One of the sights to be seen in Metung is to be found beside the boardwalk which runs from the village to Chinaman’s Creek.  It is part of the Bataluk Cultural Trail which introduces you to aspects of Gunaikurnai life. 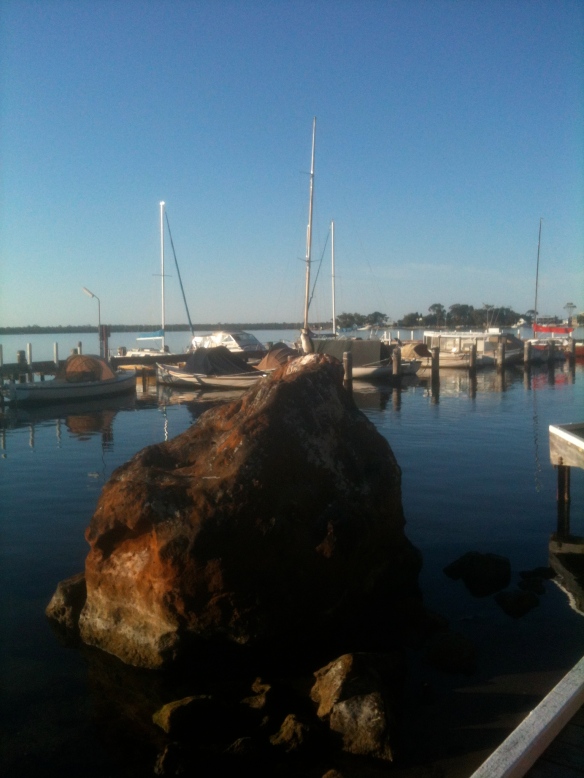 The Legend Rock is part of a legend which is told on the plaque. 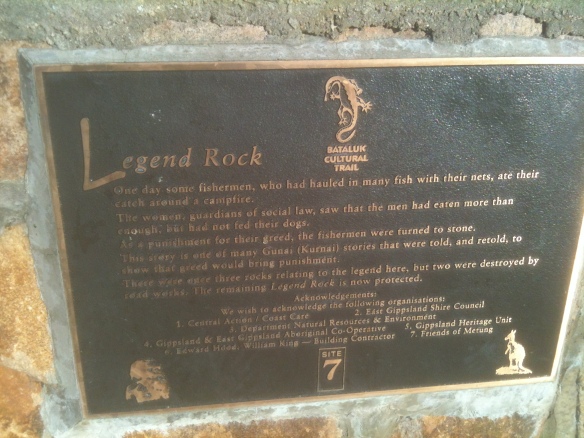 Now having read the legend you will appreciate the link to fish.

The photos are not very clear as they were taken with my phone. 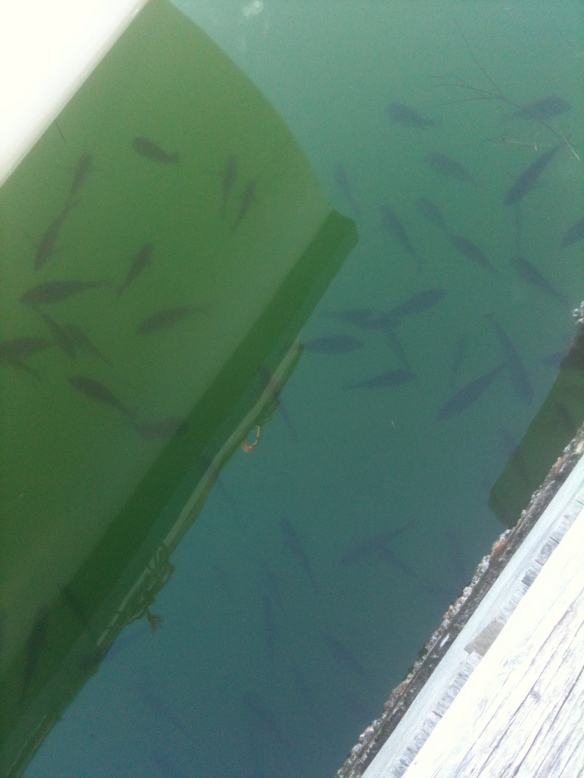 There has been an abundance of fish recently under the wharf in front of the Metung Hotel.  You just need to catch them!  No doubt fishermen know the correct lure to use.  I imagine it would be bait of some sort.  I know absolutely nothing about fishing but according to a tweet from @MetungHotel about 16 hours ago. Easter fishing tip #2 use long shank hook no sinker just small split shot 200mm from …

This weekend is the time for the Easter Seafood Festival on the Metung Village Green.  There is also a second-hand book sale.

Hope you all have a great Easter.