My challenge this year is to read books I already have or books from the library or books borrowed from others. You can read about my challenge here.

My books that I have read so far in January are:

This is one that I bought for $4 at a second-hand sale.  I know I wasn’t going to buy any more books but this one really interested me.  It was indeed a very interesting read but a very heavy emphasis on American females.  I guess if it was a book that had been compiled in Australia there would have been a heavy emphasis on Australian females.

I received this book from my son for my birthday.  He certainly knows what I like to read.  I had marked this down on my 2017 challenge but I didn’t finish it until January so I figure I can count it in this year’s challenge.

This was a great crime fiction novel with a historical flavour.

“Kerr introduced Bernie Gunther in his 1989 March Violets. Now in his tenth thriller, Bernie, decorated WWI veteran, widower, and tough-talking, somewhat cynical Berlin private investigator, has been ordered by Hitler’s Propaganda Minister to go to Croatia. There Bernie gets tangled up with the Ustashe, witnesses shocking acts of brutality, and tries to figure out how these events are connected to a rising film star back at home.”

I have come into this author’s writing on his tenth novel so I have a few to catch up on. I found this interview with the author on Youtube and you might be interested to watch it.

I will now need to find other books by Kerr in my local library.

Following on from this novel I then read Munich.

This is a book that was borrowed from our younger daughter’s partner. Both my husband and I have read most of Robert Harris’s books and it was great to find one that we didn’t have. This was a fantastic book about the lead up to World War II

Hitler is determined to start a war.

Chamberlain is desperate to preserve the peace.

The issue is to be decided in a city that will forever afterwards be notorious for what takes place there.

As Chamberlain’s plane judders over the Channel and the Fürher’s train steams relentlessly south from Berlin, two young men travel with secrets of their own.

Hugh Legat is one of Chamberlain’s private secretaries; Paul Hartmann a German diplomat and member of the anti-Hitler resistance. Great friends at Oxford before Hitler came to power, they haven’t seen one another since they were last in Munich six years earlier. Now. as the future of Europe hangs in the balance, their paths are destined to cross again .

When the stakes are this high, who are you willing to betray? Your friends, your family, your country or your conscience?

I really loved this book as it was full of intrigue but yet based on history. Robert Harris didn’t disappoint me, another great novel.

Another January read was Dead Point by the Australian author Peter Temple.

This is my second Jack Irish novel and thoroughly enjoyable crime fiction.  It is apparently a series on the ABC here in Australia but I have to confess that I watch very little television other than sport so I haven’t seen this series.  I will need to see if it is available on iview. 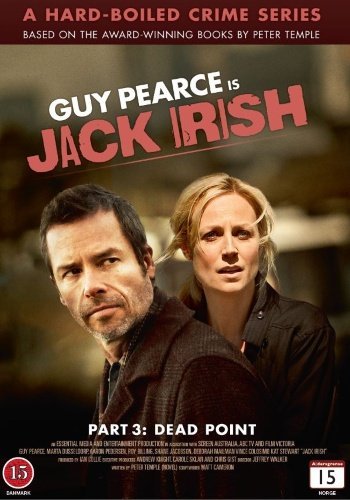