Andrew Carnegie certainly gave so much to the world when he bequeathed monies to set up libraries. You can read about his life at this website.

A Carnegie library is a library built with money donated by Scottish-American businessman and philanthropist Andrew Carnegie.  A total of 2,509 Carnegie libraries were built between 1883 and 1929, including some belonging to public and university library systems.  1,659 were built in the United States, 660 in the United Kingdom and Ireland, 125 in Canada and others in Australia, New Zealand, Belgium, France, the Caribbean, Mauritius, Malaysia and Fiji.

I have always loved visiting the library and I recall many happy hours spent with my dad when we used to go to the library on a Friday night when we lived in Armidale, New South Wales.  At that time browsing books and borrowing books was what you did at the library now it is all so different.

My most recent visit to a library was here in Bairnsdale. I was looking for a particular book but came away with much more.

While I was checking out my books the librarian asked if I had used Borrow Box and I said I had.  She said there were two other apps that I could use to read books and magazines offline once I download them to the app.

I think I have mentioned previously how I use Borrow Box and I tend to use it more for audio books rather than ebooks. 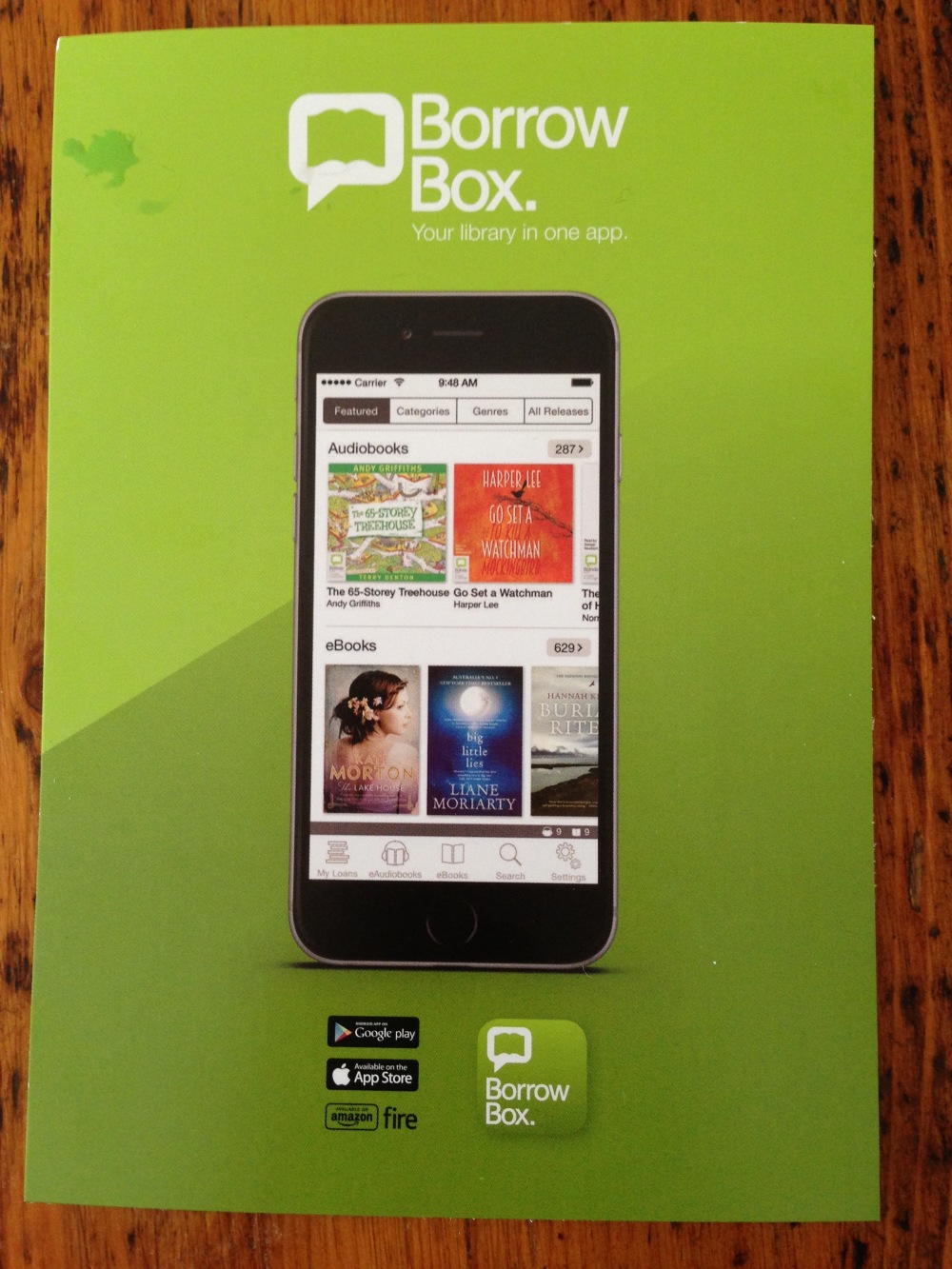 The other apps are :

and Zinio.  Zinio is the app for magazines.

The range of magazines available is extensive and I can see that this is an app I will be using frequently.  You should check out your library to see if they provide the same free services.