There has been too much sport on television recently and it has played havoc with my normal routine.  The Tour de France meant I was getting to bed at unseemly hours and that was then followed by the Cricket World Cup, followed by The Ashes so the usual day activities have come to a shuddering halt.

The Ashes are still happening as only two tests have been played and there are three still to play but I am trying to get some semblance of order into my day.  It hasn’t helped that the weather has been miserable here and tempts one to stay in bed rather than get up in the morning.

Back to posting what I have been doing recently, other than spending far too much time watching television.

I will start with some of my reading during July. I did manage to get quite a few books read as the weather was not suitable for gardening.

Career of Evil by Robert Galbraith

This was the third novel in the Strike series and it was just as exciting as the other books in the series.  It didn’t really matter that this one was read out of order as they read well as stand-alone novels. I have mentioned the other novels in a previous post.

Watching You by Lisa Jewell

This was a psychological thriller and I have found a new author that I thoroughly enjoy.  You will see that I have read a second book of hers this month and will be on the lookout for more.

“. . . .a suspenseful page-turner about a shocking murder in a picturesque and well-to-do English town, perfect for fans of Gone Girl and The Girl on the Train

You’re back home after four years working abroad, new husband in tow. You’re keen to find a place of your own. But for now, you’re crashing in your big brother’s spare room.

That’s when you meet the man next door. He’s the head teacher at the local school. Twice your age. Extraordinarily attractive.  You find yourself watching him. All the time. But you never dreamed that your innocent crush might become a deadly obsession.  Or that someone is watching you.

In Lisa Jewell’s latest bone-chilling suspense, no one is who they seem—and everyone has something to hide.”

Dead I Well May Be by Adrian McKinty 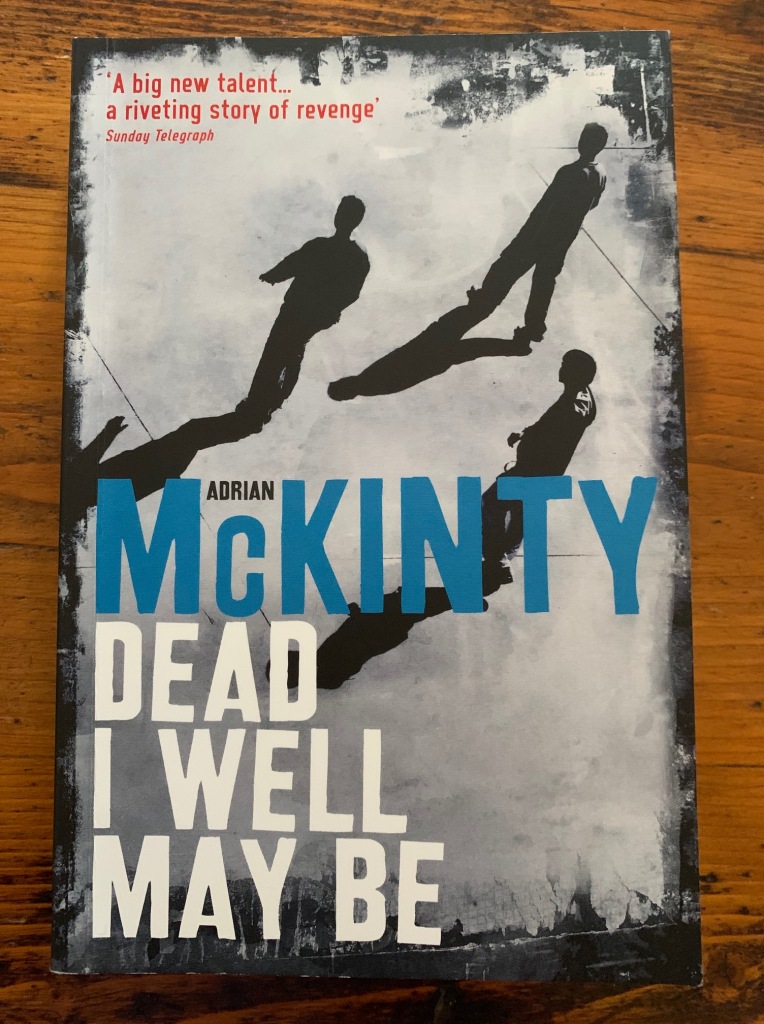 I came across the author as recommended by Ian Rankin, I think, but I am glad I took note as I enjoyed this book even though it is not one I would normally take from the shelf as it sounded as though it was about gang warfare in America.

This is a brutal story of gangland warfare, lust, betrayal and bloody retribution.   The engaging anti-hero has few redeeming qualities other than his native Irish wit and the will to survive.
This is “Gangs of New York” for the nineties.

“This Irish bad-boy thriller — set in the hardest streets of New York City — brims with violence, greed, and sexual betrayal.”I didn’t want to go to America, I didn’t want to work for Darkey White. I had my reasons. But I went.”

“So admits Michael Forsythe, an illegal immigrant escaping the Troubles in Belfast. But young Michael is strong and fearless and clever — just the fellow to be tapped by Darkey, a crime boss, to join a gang of Irish thugs struggling against the rising Dominican powers in Harlem and the Bronx. The time is pre-Giuliani New York, when crack rules the city, squatters live furtively in ruined buildings, and hundreds are murdered each month. Michael and his lads tumble through the streets, shaking down victims, drinking hard, and fighting for turf, block by bloody block.”